Santi Cazorla is a Spanish footballer currently at Arsenal. Find out more about Santi in our in-depth biography

The veteran midfielder started his Gunners career at Villarreal before Cazorla moved to Recreativo in 2006.

However, Santi completed a return to Villarreal after 12 months where he established himself as a talent playmaker.

Cazorla completed a switch to Malaga in 2011 but remained at the La Liga side for just 12 months before a £10m move to Arsenal in 2012.

The Gunners star has won three FA Cup titles during his five-season spell at the north London outfit.

Cazorla has netted 14 times in 77 appearances in the Spanish national team. 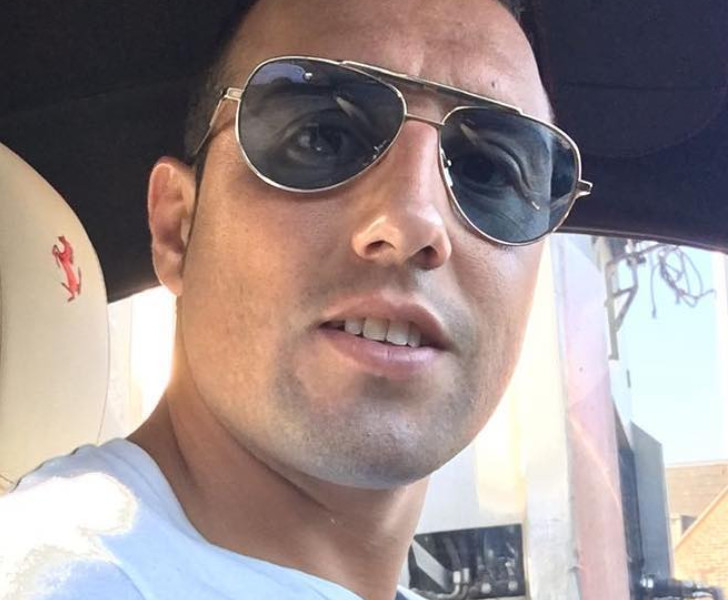 Cazorla moved to Villarreal at the age of 17 after cash-stricken Real Oviedo offloaded the playmaker to the Yellow Submarine.

Santi made his professional debut in a 1-0 win at Deportivo La Coruna on 30 November 2003.

Cazorla became an established member of the Villarreal team in the 2004-05 season after a return of six goals and two assists in 41 appearances in all competitions.

Santi made two appearances in the Champions League during his first campaign in Villarreal’s senior team combined with 23 outings in La Liga.

The deal included a clause that allowed Villarreal to re-sign Cazorla in a £1.2m deal.

Santi impressed with five goals and six assists in 34 games in La Liga for the promoted club.

Villarreal concluded a £1.2m deal to sign Cazorla in the 2007 summer transfer window.

Cazorla netted seven goals and made six assists in 48 games in all competitions in the 2007-08 season and the Spanish midfielder played a key role as Villarreal finished in second place in the La Liga table.

He turned down a potential move to Real Madrid in 2008.

Santi produced his best return for a season with eight goals and five assists in 29 games in the 2008-09 campaign despite an injury problem.

Cazorla had to contend with a series of injuries in his third campaign back at Villarreal and was limited to 16 starts in La Liga.

In his final season at Villarreal, Santi netted five goals to help the Yellow Submarine secure a return to the Champions League thanks to a fourth-placed finish. 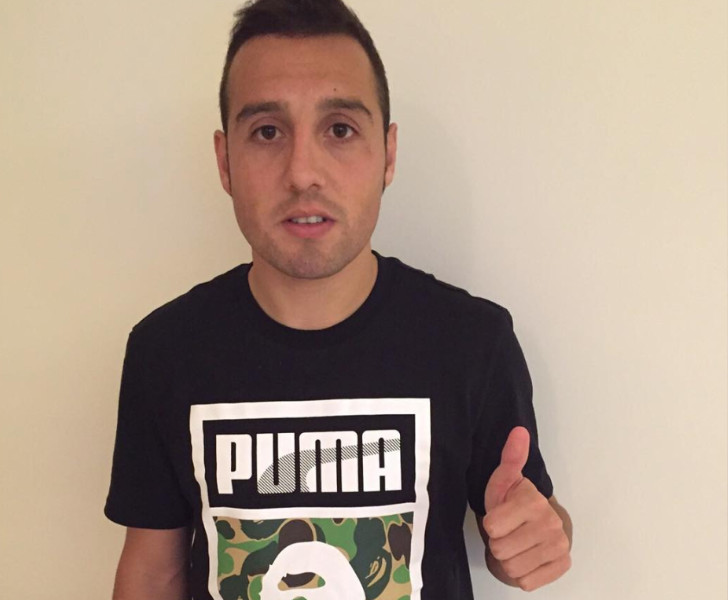 Santi scored on his debut in a 2-1 victory over Sevilla in La Liga on 28 August 2011.
He went on to net a further three goals in victories over Granada and Athletic Bilbao.

Santi was named man of the match for his performance in Arsenal’s goalless draw with Sunderland in their Premier League opener.

Cazorla opened his Arsenal account with a goal in a 2-1 win against Liverpool FC at Anfield on September.

His second goal of the season came in a 3-1 victory at their London rivals West Ham United a month later.

Santi continued his excellent form with goals against Manchester United and Tottenham Hotspur. His first hat-trick came in a 5-2 win over West Ham.

The Spain international scored in successive seasons against Liverpool FC to open his Premier League account in his second campaign at north London.

Cazorla found the back of the net in Arsenal’s 2-0 win over Tottenham Hotspur in the FA Cup third round.

He went on to net against Coventry City in the fourth round before Cazorla scored in Arsenal’s 3-2 win over Hull City in the FA Cup final at Wembley.

Santi netted four goals and made eight assists in 31 Premier League games in the 2013-14 campaign. 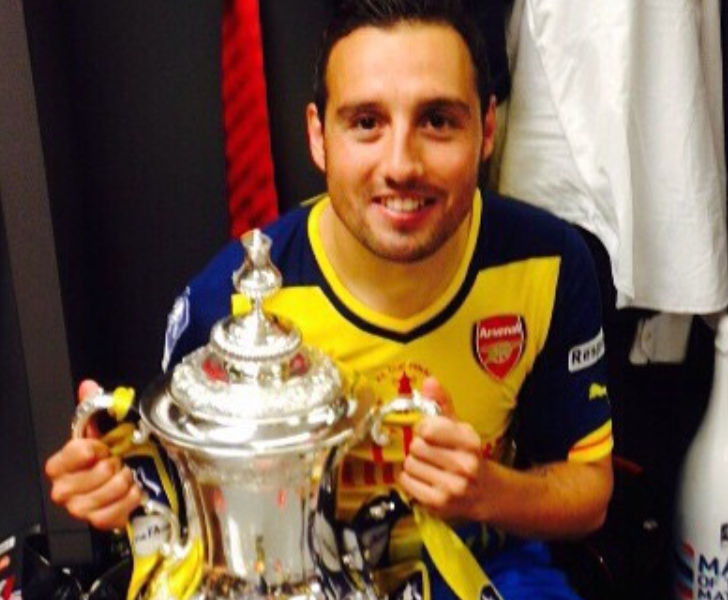 Cazorla continued his excellent run at Wembley with a goal in Arsenal’s 3-0 win over Manchester City in the Community Shield.

He found the back of the net in a 2-0 victory over defending Premier League champions Manchester City at the Etihad Stadium in January.

While Santi didn’t score in the FA Cup final, the Spanish star was named man of the match in Arsenal’s 5-0 win against Hull City at Wembley.

Cazorla netted seven times and made 11 goals in 37 games in the Premier League in the 2014-15 season.

Santi struggled with injuries throughout the 2015-16 campaign.

He was ruled out for three months with a knee problem during a 1-1 draw with Norwich City on 29 November 2015.

Cazorla didn’t return until 30 April in Arsenal’s home win against the Canaries at The Emirates.

Santi scored in successive victories over Southampton and Watford to make an exciting start to the Premier League campaign.

He injured his right Achilles tendon during a Champions League fixture against Ludogorets Razgrad on 19 October 2016.

Cazorla struggled to recover from the injury and the Spanish star required eight operations and contracted gangrene.

He left the Gunners at the end of the season.

Cazorla made his international debut in Spain’s 2-1 win against Peru in May 2008 ahead of the European championship.

Santi was used as a substitute throughout Euro 2008 with a substitute appearance in each of their group-stage fixtures.

Cazorla scored in Spain’s penalty shootout victory over Italy in the semi-finals before he replaced David Silva for the final 25 minutes of Spain’s 1-0 win over Germany.

His first international goal came in a 3-0 victory over Chile in November 2008.

Santi missed the World Cup in South Africa in 2010 due to a fitness problem.

Cazorla made substitute appearances against the Republic of Ireland and France at Euro 2012.

He went on to feature in the 2014 World Cup but Spain exited at the group stage.

Santi was omitted from Spain’s Euro 2016 squad despite scoring in a 1-1 draw with England in a friendly at Wembley in November 2015. 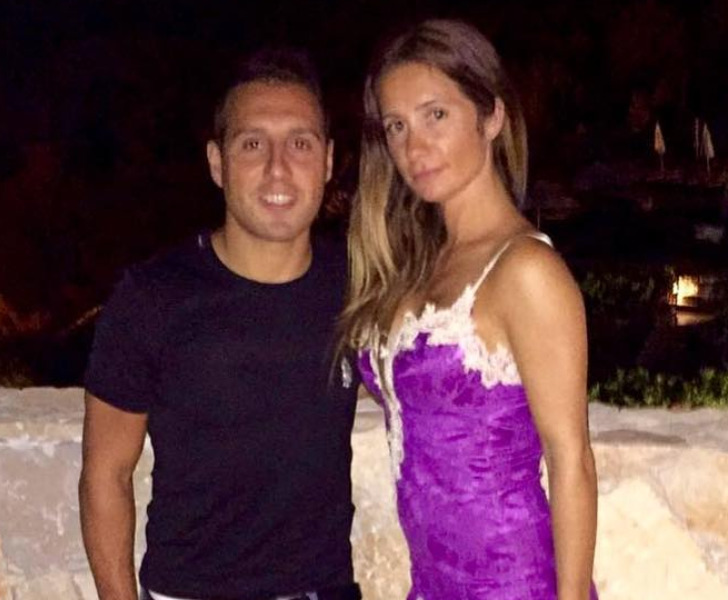 Santi has three dogs, one of which is named after former Manchester United striker Zlatan Ibrahimovic.

Cazorla is married to Ursula Santirso. The couple have two children – a son called Enzo and a daughter called India.

His footballing idol as a child was Real Madrid legend Michael Laudrup.

• Cazorla is ambidextrous and can comfortably play on either flank.

• Santi is one of the smallest players in the Premier League alongside Pedro Rodriguez and Manuel Lanzini.

• Cazorla turned down Real Madrid in 2008. He explained his decision: “There are many other things in football besides Real Madrid. It’s clear that it is possible to say “no” to them, There is no doubt that they are a great team, but I also feel very satisfied and valued at my club”. “I hope I can continue growing at Villarreal because I am young and I’m only starting off with the national team.”

• Santi won Spain’s prestigious Don Balon award in 2007 for his performances at Villarreal.