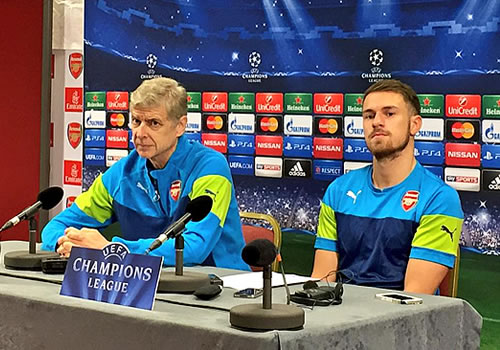 Aaron Ramsey insists that Arsenal are determined to get results “for Arsene Wenger” following their disappointing start to the season.

The Gunners slumped to a 2-1 defeat by Manchester United on Saturday as they lost back-to-back Premier League games to leave them in eighth place in the table.

Wenger has been widely criticised for Arsenal’s poor form, but Ramsey says that he and his team-mates are determined to put things right.

“With what he’s done for this club and for us as a group of players, every time we go in we want to work for him and get results for him,” Ramsey told Sky Sports.

“Everybody’s in it together, and we know all about our qualities. Last season we had a great year, this season we wanted to build on that and hopefully we still can.

“It is quite a testing time at the moment but one that we’re looking forward to and that sometimes you face as a professional footballer.

“When you have a few bad results on the bounce a lot of things are being said, but it’s important for us not to listen to that.

“It’s important to stick together as a team. We know all about each other, we know what we have to do and now we just have to show it on the pitch.”