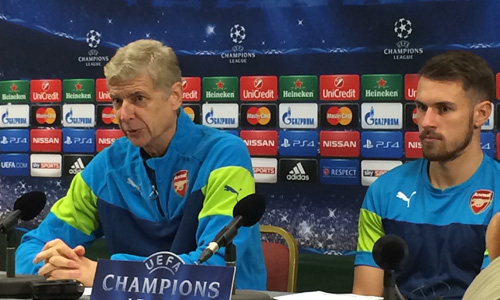 Aaron Ramsey has backed Arsenal to “put things right” against Borussia Dortmund on Wednesday after their frustrating loss to Manchester United.

The Red Devils left The Emirates with a 2-1 victory despite Arsene Wenger’s side boasting 61 per cent of possession and having 23 attempts on goal.

And Ramsey is ready for the challenge of securing the required point to book their place in the knockout stage of the Champions League for the 15th consecutive season.

“We believe in ourselves. We have a great team spirit. We’re not too concerned by what has been said about us. We know all about what we’re capable of doing,” Ramsey said.

“It is just some fine-tuning to do. We had a good game against Manchester United. We created many opportunities.

“On another day, we might have gone 2-0 or 3-0 up at half-time. It wasn’t to be. It is a great chance to go into the Dortmund game and put things right [and] qualify. We’re looking forward to it.”

Arsenal have a disappointing record against Jurgen Klopp’s side over the past 12 months.

The Gunners were beaten 2-0 in the Group D clash earlier this season and the Germans were 2-1 winners at Emirates Stadium last term.