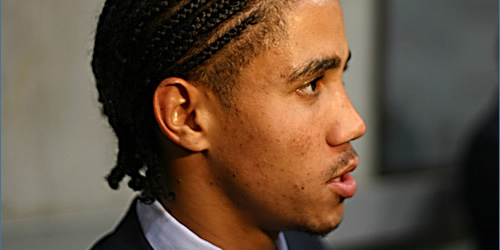 It’s a telling story that since Everton midfielder Steven Pienaar announced his retirement from international football in October, South Africa have only scored seven times in nine games. The lack of creativity was evident in their 0-0 draw with Cape Verde and the once free-flowing passing of Bafana Bafana was replaced by turgid long balls that never worked out. Pienaar himself tweeted during the game that Platinum Stars midfielder Thuso Phala would be the ‘surprise of the tournament’ but the 26-year-old is far from South Africa’s saviour. Without a win in the African Cup of Nations since 2004 and under immense pressure to succeed on home soil, manager Gordon Igesund has a lot to do to inspire this side to glory.

Cape Verde aren’t just here to make up the numbers

Cape Verde proved to be more than a match for the hosts in the 0-0 draw and the Blue Sharks looked more likely to leave Johannesburg with a win than their opponents. The Islanders are featuring in their first ever African Cup and are the smallest team to ever feature in the tournament, with a population of just under 500,000. But in actual fact, Lucio Antunes’ side are the highest ranked team in Group A according to the latest FIFA rankings in 70th place (and South Africa are the lowest at 85.) Cape Verde showed that with players like Ryan Mendes and Platini (no relation to Michel), they can do more than just compete and give other teams a real fright.

Manucho needs service to live up to his reputation

The former Manchester United man was tipped to shine in this year’s edition, but with little service and support up front, he’s going to find it hard to add to his 21 goals in 39 games. The 29-year-old, whose career took a downturn after he left Old Trafford via Hull City, Panathinaikos and Real Valladolid, with various loan moves, had one late glimpse at goal in his side’s 0-0 draw with Morocco in their Group A opener. But he often cut an isolated figure as the 2013 Africa Cup of Nations got off to a whimper in the rain rather than a bang.

Africa Cup of Nations 2013: Angola and Morocco play out stalemate