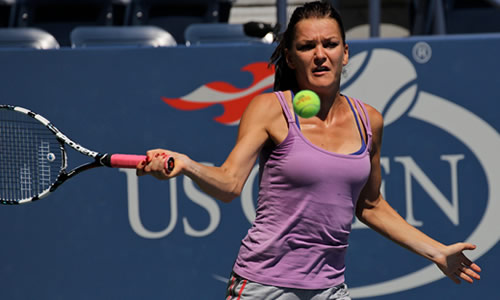 The Czech Republic, with the towering presence of their Wimbledon champion Petra Kvitova, won the Fed Cup this year for a remarkable third time in four years. Appropriately enough, it was Kvitova herself—a constant driving force in her nation’s success—who came through a thrilling three-hour decisive match against Angelique Kerber to seal the deal.

For Kvitova has been a constant presence throughout the Czech Republic’s surge to the top of team tennis, and played a winning role in all three titles: 2011, the first year she won Wimbledon, 2012, and this year. Still only 24 years old, she played her first tie at 17, won her first rubber at 18, and now has 23 wins from 30 rubbers.

Yet even that stand-out resume was not enough this year to win the ITF’s Most Valuable Player Award. For Agnieszka Radwanska’s record in Fed Cup, and her success in taking Poland into the World Group for the first time since 1994, has been nothing short of outstanding.

Because while the No4-ranked Kvitova is backed by No16 Lucie Safarova and two further top-30 women (plus four in the top 30 in doubles), Radwanska has ploughed a near-solo furrow to the World Group. She is the only Polish woman in the top 100 singles rankings, and she is supported in doubles by just three ranked in the 60s.

She has thus played not just singles rubbers but doubles, too. This year, she won both of her singles matches in the World Group II first round, and did so again in the World Group play-off to give Poland a 2-1 lead. She then teamed up with Alicja Rosolska to clinch the deciding doubles rubbers in both ties.

And that has been the story since her first tie, back in 2006 aged just 17. She has played every tie in every year since to stack up a 41-7 record, 33-6 in singles—both records for her nation.

Radwanska is still just 25, with ambitions for a Grand Slam title next year surely boosted by the recruitment of Martina Navratilova as her coach. But having taken her nation from Europe/Africa Group II eight years ago to the World Group in 2015, she must dearly hope that the stars align for her in Fed Cup come November, too.

2 Kiki Bertens, Netherlands: Bertens finished with a perfect 6-0 record in singles and a 7-0 record overall, leading the Netherlands to promotion to World Group II.

3 Kvitarova, Czech Republic: Kvitova and Lucie Safarova both shone in taking their country to its third title in four years. Kvitova won all four of her singles rubbers, Safarova won all three of hers.

4 Sofia Shapatava, Georgia: Shapatava led Georgia to promotion to Europe/Africa Zone Group I, winning all four of her singles rubbers this year, but also all four doubles rubbers, ending the year with a perfect 8-0 record.

5 Eugenie Bouchard, Canada: Bouchard won all four of her singles rubbers on the way to Canada’s promotion to the World Group.

• Amy Bowtell led Ireland to promotion to Europe/Africa Zone Group I, finishing 2014 with a 6-0 record in three singles and three rubbers.

• Zhang Ling won each of her four singles rubbers and the doubles rubber she played to earn Hong Kong, China promotion to Asia/Oceania Zone Group I.

• Maria-Fernanda Alvarez-Teran won all three of her singles rubbers and a doubles rubber as she led Bolivia to promotion to Americas Zone Group I.

• Yulia Putintseva finished the season with a perfect 3-0 record in singles and won her only doubles rubber as she kept Kazakhstan in Asia/Oceania Zone Group I for 2015.

• Lyudmyla Kichenok won all three of her doubles rubbers as well as her only singles rubber as Ukraine reached the Europe/Africa I promotional play-off.

• Sania Mirza finished the year with a 3-0 doubles record as she helped India to the promotional play-off in Asia/Oceania Zone Group II.

• Stephanie Vogt and Kathinka von Deichmann contested every rubber for Liechtenstein in 2014, as they earned promotion to Europe/Africa Zone Group I.