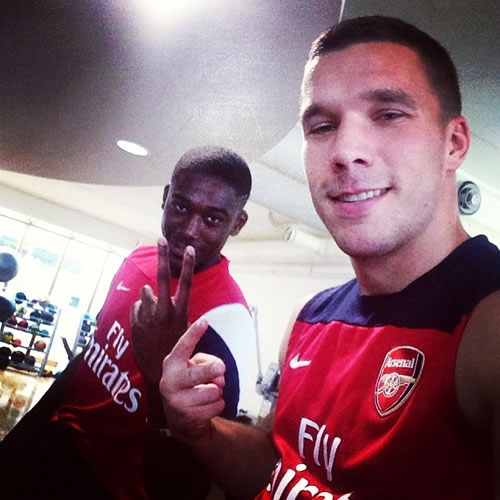 Alex Oxlade-Chamberlain believes it won’t be long before Yaya Sanogo shows his “raw ability” at Arsenal.

The 21-year-old impressed as he scored four goals against Benfica in the Emirates Cup in pre-season but was left out of Arsene Wenger’s squad for last weekend’s trip to Everton.

Wenger could be forced to call on the striker more often in the coming weeks, with Olivier Giroud set to be sidelined with an ankle injury.

And Oxlade-Chamberlain is feels that Sanogo, who joined Arsenal from Auxerre last summer, will show what he’s capable of this season.

“I think Yaya is a very good player,” said Oxlade-Chamberlain. “He’s a young lad like myself and he’s got [progression to make] like I do.

“I think at the moment he’s shown his raw ability. In the Emirates Cup he scored four great goals and as a striker, especially last season, I think he got into some really good positions and it just didn’t fall for him in terms of scoring goals.

“He’s a really good lad as well. He works very hard on and off the pitch and I don’t think he would be at a club like Arsenal if he wasn’t a good talent. I’m sure the boss would tell you the same thing.”