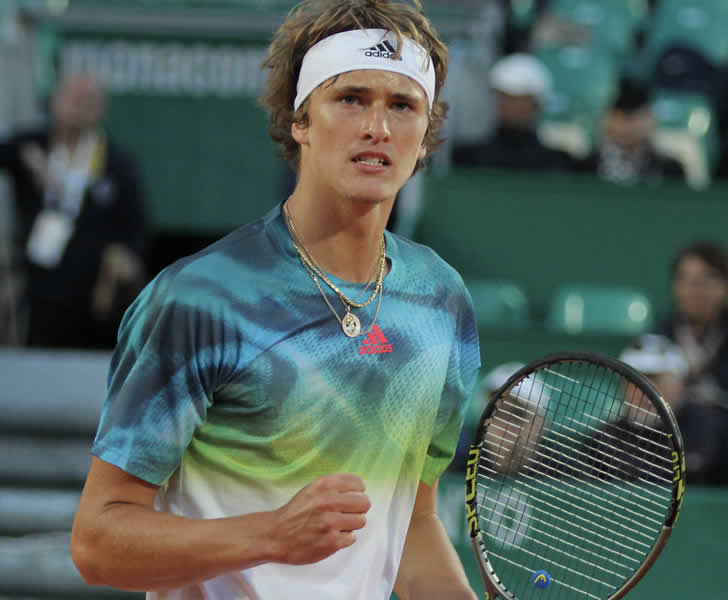 Alexander Zverev will make his debut at the ATP Finals in London in November after securing his spot in the season-ending showdown.

A winner of two ATP World Tour Masters 1000 titles this season, the German joins Rafael Nadal and Roger Federer in the 2017 field, leaving five places up for grabs with six weeks to go until the season-ending tournament.

“I think it’s great for any player to qualify for a prestigious event that we have in London,” said Zverev, who attended the tournament in 2015 to receive his ATP Star of Tomorrow Award presented by Emirates.

“The atmosphere is amazing in London. I’ve been there for the award that I got two years ago. So hopefully it’s going to be similar to that. I know it’s going to be a very special event for me.”

Zverev, who qualified by reaching the semi-finals at the China Open in Beijing, is the youngest player to clinch a berth at the season finale since a 20-year-old Juan Martin del Potro in 2008 and the first German singles qualifier since Rainer Schuettler in 2003.

One year since lifting his first ATP World Tour trophy at the St. Petersburg Open, Zverev has won five in 2017 – tied with Nadal and Federer for the most singles titles this season. With his triumphs on clay at the Internazionali BNL d’Italia in Rome (d. Djokovic) and on hard court at the Coupe Rogers in Montreal (d. Federer), he became the first player outside the ATP’s ‘Big Four’ to win multiple Masters 1000 titles in a season since David Nalbandian in 2007.

Zverev additionally won the ATP World Tour 500 title at the Citi Open in Washington, and claimed a pair of ATP World Tour 250 titles – at the Open Sud de France in Montpellier and BMW Open by FWU in Munich. In Montpellier, he also teamed up with older brother Mischa Zverev to win the doubles title.

The ATP Finals welcomes more than 250,000 fans to The O2 arena each year, as well as generating a global TV viewership of more than 100 million, as the ATP’s best eight singles players and doubles teams compete over eight days at the biggest indoor tennis tournament in the world.