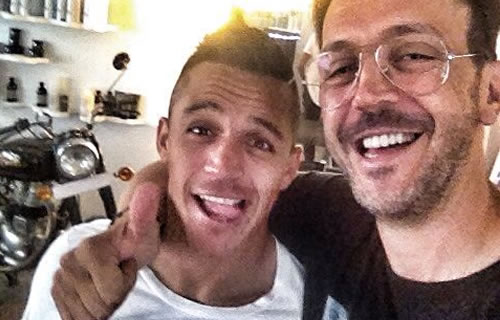 Alexis Sánchez has described his move to Arsenal to play in the Premier League as the “most challenging step” of his career.

The Chile international signed a long-term contract with the Gunners on Thursday after the north London club agreed a £35m deal with Barcelona for the striker.

Sánchez has enjoyed spells in Italy, Spain and Argentina before his transfer to the English top flight.

And the 25-year-old is looking forward to testing himself in the Premier League next season.

“I feel that playing in England will be perhaps the most challenging step I’ve ever taken in my football career,” Sánchez told Arsenal Player.

“There are plenty of competitive teams in the league and I will do my best sincerely to win as much as possible.

“I always liked English football and of course I enjoyed watching it.

“Having played in Italy, Spain or Argentina, it’s taught me a lot about those countries footballers and people too. I am in England now and my aim is to keep learning.”

He added: “I will adapt as the time goes by. I just want to play football and ultimately enjoy myself on the pitch.”