Aljaz Bedene caught between a rock and a hard place as he confesses: I do want to play Olympic Games 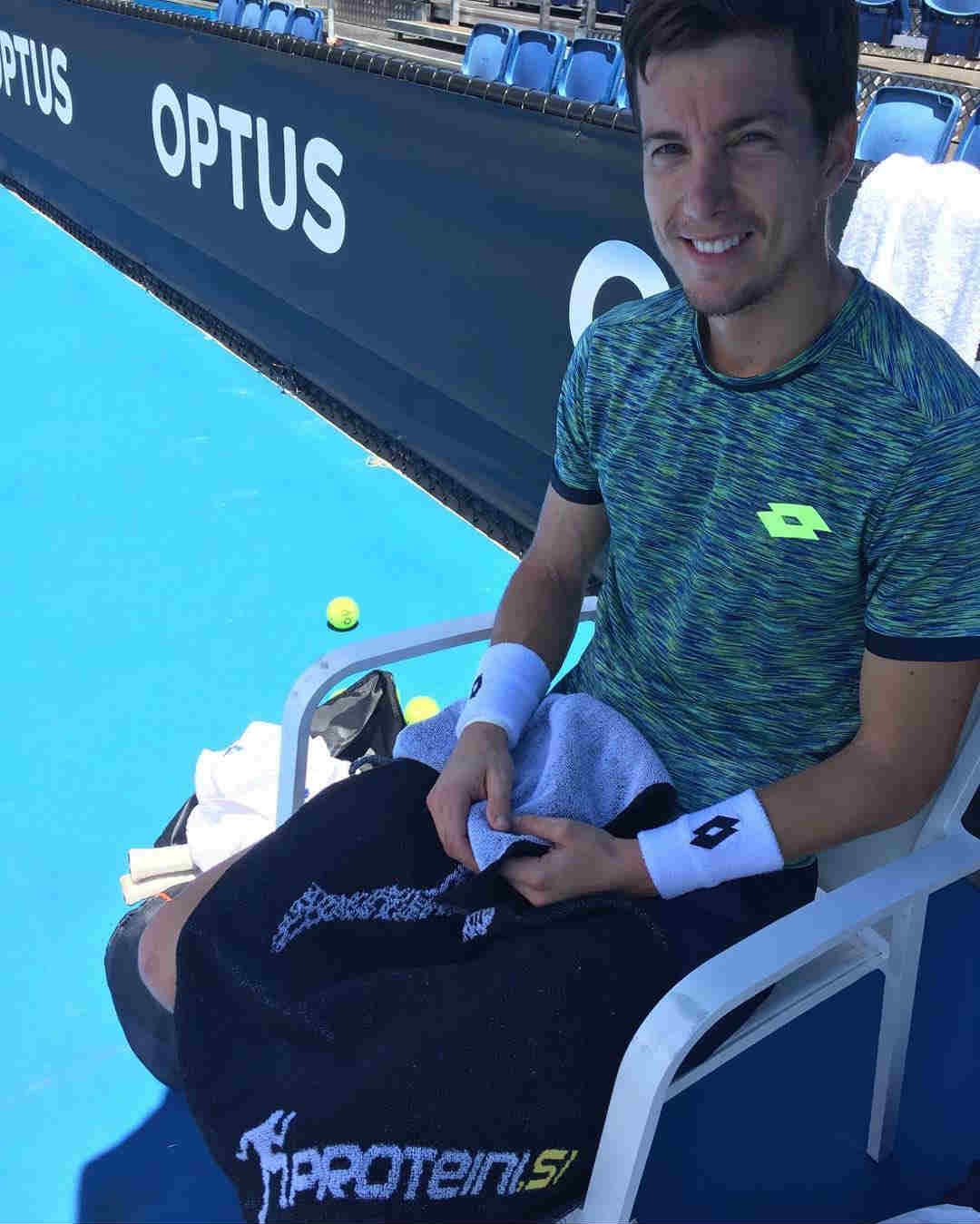 Aljaz Bedene may have been the first Briton to reach the second round at Roland Garros today, but as fine a performance as it was, it would be what he said afterwards that made new headlines.

Bedene admitted that one of his big ambitions is to play in the Olympic Games, but he seemed not to understand the implications of such an ambition—that the International Tennis Federation expects players to have taken part in the other key nation-based competition, the Davis Cup, to qualify for selection.

And the problem that has dogged the Slovenian-turned-Briton since 2008 is his rejection by the ITF to play for his adopted country because he has previously played three dead rubbers for Slovenia, even though that rule was not introduced until after Bedene had submitted his application for British nationality.

Bedene’s latest appeal was turned down this March, and he credits his turn in fortunes on the court since then with his own determination to try and put the issue to the back of his mind.

“It wasn’t easy, but I had to say it to myself that I have to forget about the Davis Cup and focus on myself. You know, I’m 27 years old. I want to have a good career.

“And, yeah, that time after March, I basically started to play different tennis. I’m good on the mental part, as well.”

Asked how he viewed his national status in Davis Cup now, he went on:

“Well, at the moment I’m representing Great Britain, but I do want to play Olympic Games. That’s I think a dream for every athlete. I’ll have to see on that what can be done… I don’t know what the rules are, really. I haven’t checked that, no. [But] I’m not thinking about that now.”

Bedene, who will be 28 in July, moved to the UK in 2008 to pursue his tennis career, but represented Slovenia at the time—hence those three Davis Cup rubbers.

In March 2015, he was eventually awarded UK citizenship, and owns a house in Welwyn Garden City, where he lives with his Slovenian girlfriend.

Certainly since that latest decision by the IFT, Bedene has been on a steady rise. As well as three Challenger titles, he reached the final in Budapest to set a run of 20 wins in 21 matches. It took him from a ranking of 102 in February to a current 52.

But it was just weeks ago that Dan Evans, who has vied with him for the No2 British ranking, told the BBC:

“I don’t think he really believes he’s British… It’s nothing against Aljaz. I like him, he’s not confrontational in any way—but to me it doesn’t sit well if you play for another country.”

Challenged about the comment after his victory over Ryan Harrison in Paris, he explained:

“Well, I still have a house it England. At the moment for the clay season I spend quite a lot of time in Slovenia. My fiancee said she wants to move back. She wants to have her career there. You know, I’m traveling a lot, so it’s not easy. But I do want to spend as much time as I can with her. But, my home is still [in Welwyn].”

If Bedene wishes to play in Tokyo in 2020, he will have to meet certain ITF criteria that include, apart from attaining a cut-off ranking for the 64-man draw, and being ‘in good standing’ with their National Association, a player’s participation in three Davis Cup events during the cycle between Olympics. Clearly if Bedene continues to be rejected to play for GB in Davis Cup, he may have to look back to his former country.

Asked about his plans to do so, he seemed unaware either of such criteria or timings.

“I’m not thinking about that. I said Davis Cup is off the radar now. I don’t know, I have no idea… But if it’s next year, then next year. But, you know, I want to focus on myself now, more importantly.

“I’m not thinking about the Olympic Games at the moment, although I want to play them. It’s more I’ve got maybe five more years on the tour, and I want to use them well. I want to do everything right.”

The fact remains that Bedene’s chances of ever being accepted for British Davis Cup participation look slim, and he may find that Slovenia is not entirely enthusiastic about welcoming him back into its fold, either, though with just one man currently in the top 200, perhaps beggars cannot be choosers.

At an ‘evergreen’ Roland Garros, Schiavone bows out—but maybe not for the last time