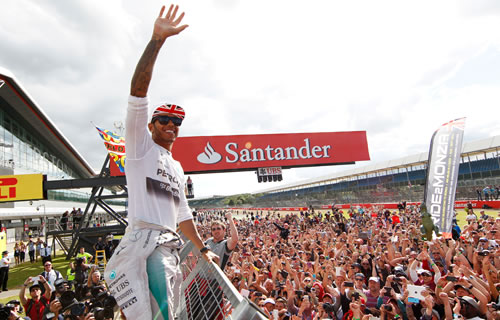 • The reduced shortlist will not be revealed until Sunday’s show

It will be a new look Sports Personality of the Year ceremony that marks the BBC event’s 65th anniversary in Birmingham this Sunday.

For the first time, the Sports Personality of the Year contenders will be revealed on the night of the show in a pared back short-list, rather than being released with supporting information in the run-up to the event.

A new award to mark the Greatest Sporting Moment of the Year is open to the public vote online until this Friday, with the winner announced at the ceremony on Sunday.

Also for the first time, the newly named World Sport Star of the Year will be open to voting online from home and overseas, with the deadline set for Saturday.

Other awards that will be presented on the night include:

· Team of the Year

· Coach of the Year

Not that there is any shortage of suggestions across every sports medium in the country, together with betting odds on the favourites. So here is a selection.

· Alastair Cook, scored a century in his final Test innings, to end career as country’s record run scorer, and fifth best ever

The five nominations are:

· Alastair Cook’s century in last Test innings before retirement in at The Oval: Cook finished his international career having scored more runs and made more centuries for England than any other Test player.

· Tyson Fury fight-back from knockdowns in Los Angeles: Fury returned after 30 months away, as he overcame depression and accepted a backdated two-year doping ban to score a draw in just his third fight.

The four nominations are:

· Simone Biles, who returned from two-year break in 2018 to take tally of World Championship gold medals to record 14. Became first gymnast in 30 years to win a medal in all six women’s events at same championships, four in gold, including record fourth world title in the all-around and the team title.

· Ester Ledecka became the first woman to win a gold medal in two different sports at the Winter Olympics, in both skiing and snowboarding.

· Francesco Molinari won his first major and was instrumental in Europe’s Ryder Cup glory. After winning the PGA Championship at Wentworth and maiden PGA Tour victory, went on to claim The Open at Carnoustie, and became first European in Ryder Cup history to win all five of his matches.

· Oleksandr Usyk became undisputed world cruiserweight champion. Already the WBO champion, he started 2018 with the WBC belt, claimed the WBA, IBF and The Ring Magazine belts in Moscow, and retained his world title against Tony Bellew.

The 17-year-old para-athlete Kare Adenegan was named the 2018 BBC Young Sports Personality of the Year at the Radio 1 Teen Awards in London.

Adenegan, who won a silver and two bronzes at the Rio Paralympics, set the world record at the London Anniversary Games in July, beating long-time rival and five-time Paralympic champion Hannah Cockroft. She then won her first gold medal in senior competition the following month as she took the World Para-athletics European title in Berlin, again beating Cockroft, and took silver in the T34 800m.