With Serena Williams, Maria Sharapova and Simona Halep the only players already sure of their places at the WTA Championships in Singapore, which begins on 20 October, the race is hotting up for the remaining eight places.

Ana Ivanovic, the 2008 French Open champion and former world No1, who is enjoying one of her best seasons on the tour since that outstanding run six years ago, jumped three places to No5, right behind the current No4 Agnieszka Radwanska, after winning the prestigious Tokyo Premier title this weekend against Caroline Wozniacki, 6-2, 7-6.

It was Ivanovic’s 52nd match-win of the year, the most she has ever scored in a season in her career: Her previous best was 51 in 2007. It is also her fourth WTA title of the year, another personal best: She won three WTA titles in both the 2007 and 2008 seasons.

Of her climb to No5 in the race, she said: “I’m really happy that this is one step closer to the WTA Finals in Singapore. It’s coming close and everything’s on the line.” 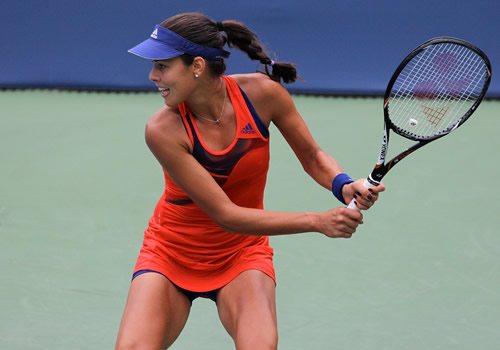 Last year, Ivanovic qualified for the WTA Tournament of Champions in Sofia, which features the six players who have won at least one International event during the year and who are not participating in WTA Championships, plus two wildcards.

Ivanovic had a tough turn-around to race to the newest Premier event on the tour in Wuhan, and she was forced to retire with a thigh injury in her opening match against a formidable opponent, Anastasia Pavlyuchenkova, in a top-quality field. Had Ivanovic won the title, she would have sealed her place in Singapore.

Ivanovic was not the only woman trying to confirm her WTA Championships place. Had Radwanska reached the Wuhan final, she would have qualified. As it is, her preparations go on hold after she fell to Caroline Garcia in her first match.

Radwanska led 4-2 in the final set, but Garcia, who had saved a match point to beat Venus in the first round, stole the match in a final-set tie-breaker.

After this week, competitors can fit in just three more tournaments. The biggest is next week, the China Open in Beijing, with Internationals in Linz, Osaka and Tianjin the following week, and Moscow and Luxembourg in the week beginning 13 October.

#PhotoshopRF: Roger Federer asks Twitter to photoshop him around India