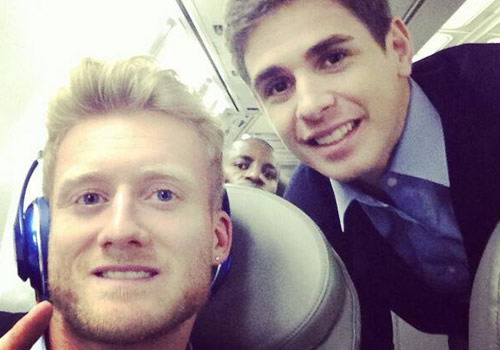 Chelsea made sure that Arsene Wenger’s 1,000th game in charge of Arsenal was one to forget as the Blues sealed a thumping 6-0 victory over the Gunners at Stamford Bridge.

Wenger’s side went 2-0 down inside just seven minutes through goals from Samuel Eto’o and Andre Schürrle at Stamford Bridge.

Oscar scored twice before substitute Mohamed Salah completed the rout, which saw Chelsea open up a seven-point lead at the top of the table.

The early kick-off inevitably prompted plenty of reaction on Twitter – and here are our favourite updates, in chronological order.

Golfer and Arsenal fan Ian Poulter (@IanJamesPoulter) is not happy as the Blues extend their lead: “Oh dear 2-0 in 6 minutes. Hope this isn’t another Liverpool mauling.”

Former Arsenal midfielder Ray Parlour (@RealRomfordPele) detects a trend in the early kick-offs: “These early KO are not good. Liverpool 4 down after 20 min. Chelsea 2 0 down after 6 min”

Ex-striker Jason Roberts (@JasonRoberts30) praises the Special One: “This is why you must love Jose..zero sentiment..just wins football matches, by hook or by crook..unbeaten at home for close to 10 years..”

Ex-defender Danny Higginbotham (@Higginbotham05) feels sorry for Gibbs after the defender is mistakenly sent off: “How the ref can send Gibbs off is beyond me. Poor mistaken identity. Refs need to punished for there mistakes”

Former Arsenal and Bolton man Fabrice Muamba (@fmuamba) updates his followers: “3-0 down and a red card.The referee sent off the wrong man. Can’t get any worse then this now.”

Tottenham winger Andros Townsend (@andros_townsend) pokes fun at Wojciech Szczesny: “Who thinks we will see another selfie from him after today’s game?”

After the final whistle, celebrity Arsenal fan Piers Morgan (@piersmorgan) vents his anger: “I don’t want to see Wenger humiliated like this. He should go while we can still respect his great legacy. To those deluded Arsenal fans still blindly supporting Wenger as manager – how much worse does it have to get? Enough. #WengerOut #afc”

And finally, Chelsea goal-scorer Andre Schürrle (@Andre_Schuerrle) is in high spirits: “What a beautiful day!!!! #happy”