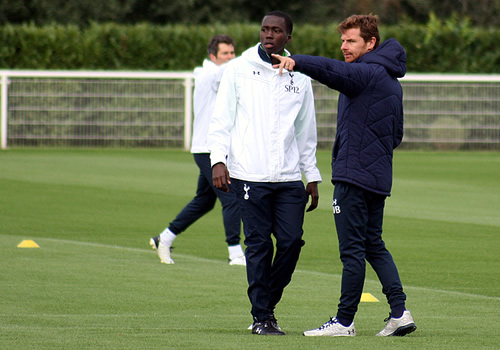 Andre Villas-Boas insists his Tottenham side are fully aware of the prestige of the Europa League and pointed to Chelsea’s lifting of the trophy last season as an indicator of the competition’s growing importance.

The Blues won the title under interim boss Rafael Benítez after being parachuted down to Europe’s second tier competition following their failure to make it out of their Champions League group.

Spurs were knocked out at the quarter-final stage at the hands of Swiss side Basel after a dramatic penalty shootout last season.

But Villas-Boas, whose side host Norwegian outfit Tromso in their Group K opener on Thursday night, believes the north London club’s experience from last season will stand them in good stead this term.

“The same ambition is present,” said Villas-Boas. “And further than the ambition now, we also have the experience of last year.

“Last year, we were trying to change the mentality in some way towards the approach of the competition.

“This year, we don’t need to do that because the players are fully motivated to play in the competition – they know what it means.

“They saw the European champions win the Europa League last season and how much they celebrated a win like that.

“They know the prestige of the trophy. It’s a trophy that belongs in the history of Tottenham as well.

“So we have all these ingredients to our advantage to use it in our favour. Hopefully we can go past the group stage and go on further than we did last year.”

• Tottenham’s only experience of Norwegian opponents dates back 41 years to a two-legged UEFA Cup first round tie against FK Lyn.

• This is Tottenham’s sixth Uefa Cup/Europa League group stage campaign, and they also competed in the 2010-11 Champions League group stage, meaning that they have been competing in one group stage or another for seven of the last eight seasons; their only absence was in 2009-10.

• Tromso reached the group stage of the 2005/06 Uefa Cup, but finished bottom of their section with a win and three defeats.

• A Norwegian club has yet to win a game on English soil in Uefa competition in 18 attempts; two draws and 16 defeats.