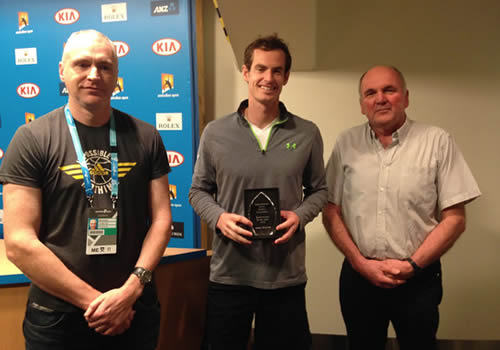 The 28-year-old Scot and the 22-year-old Spaniard were voted ITWA’s Ambassadors of the Year for 2015. It is the second time Murray has won the award and the first time it has gone to Muguruza.

ITWA represents more than 120 of the world’s leading tennis journalists. Its awards recognise a combination of achievements on the court, conduct that shows tennis in the best possible light and co-operation with the media.

Both Murray and Muguruza had memorable years. Murray, who also won the award in 2012, had the most consistent year of his career, finishing at No 2 in the world rankings for the first time. He also played the key role in Britain’s Davis Cup triumph, winning all eight of his singles rubbers during the year and three doubles rubbers alongside his brother Jamie. 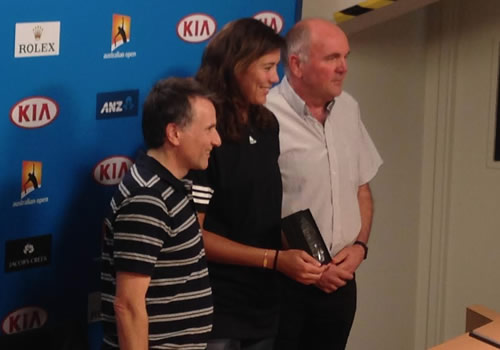 Muguruza reached her first Grand Slam final at Wimbledon and enjoyed consistent success through the year, which she finished as world No 3, having climbed 18 ranking places during the season. She won the title in Beijing, reached the final at Wuhan and competed in the WTA Finals, where she won all three of her group matches before losing in the semi-finals to Agnieszka Radwanska, the eventual champion.

Paul Newman, co-president of ITWA, said: “Andy Murray and Garbine Muguruza are not only fine champions but also great ambassadors for their sport. Both understand that a good relationship with the media helps everyone.

“Murray has become one of the most eloquent players in the men’s game. We appreciate the respect that he gives to all his questioners, knowing that there are huge demands on his time.

“Garbine lit up Wimbledon in particular last summer. Her smiling demeanour and great enthusiasm for her sport have set an example to everybody.”

Both players were presented with their awards in Melbourne ahead of the start of the Australian Open on Monday.