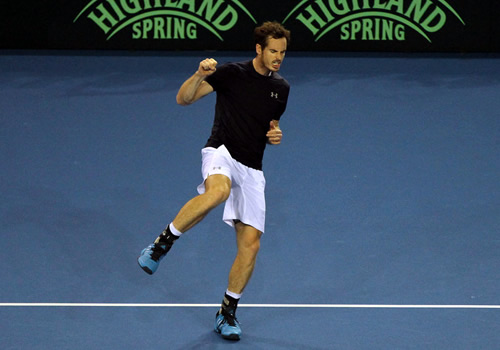 For a Masters tournament that comes right at the end of the tennis season, when exhausted bodies and brains want nothing more than to take a holiday, Paris Bercy must be counting its blessings.

For a start, the revamped BNP Paribas Masters is only the third of the nine ATP1000 tournaments this year to feature the top eight men. For another, it is the first time since 2008 that Paris Bercy has featured all eight of those top players in its own draw.

Two of the eight, Novak Djokovic and Roger Federer, are former champions here, but the draw also includes all three of its other active champions, David Ferrer, Tomas Berdych and home favourite Jo-Wilfried Tsonga—top-10 players all. And every one of the World Tour Finals elite and the former champions was among the last 16—indeed every seed except two.

It all made for one of the most compelling, star-packed days at any tournament in 2015, one that packed in a dozen seeds from mid-morning to late evening with barely time to draw breath. Yet within this feast of a schedule, there was one particularly juicy course that caught the imagination. Second seed Andy Murray took on the lowest seed, No16 David Goffin just three weeks before they would face one another across the net in the Davis Cup final.

Goffin’s small homeland of Belgium was among the first nations to join the Davis Cup family at the start of the 20th century, and reached the final in 1904. They lost to GB—and have not reached a final since.

The slight, quietly-spoken 24-year-old Belgian first impressed in this very city, on the clay of Roland Garros, in 2012 when, as a qualifier and subsequent ‘lucky loser’, he took the opening set against Federer in the fourth round.

While Goffin had played Murray only once before, losing in straight sets at Wimbledon last year, that proved to be a watershed moment. The Belgian was working his way back from surgery on a broken wrist in 2013, his ranking down at 105. But then he went on a 42-2 run to the Basel final, winning two ATP titles and four Challengers. He finally claimed, not surprisingly, the ATP’s Comeback Player of the Year Award.

Come 2015, Goffin consolidated his position with two more tour finals and a first Masters quarter-final—but the rich vein running through his season was the Davis Cup.

The final in Belgium in November was set for clay: Goffin’s favourite surface, Murray’s least favourite. So this meeting on the slow, hard, cavernous centre court in Paris Bercy was an opportunity to lay down a marker. If Goffin could hold his own, it would bolster his confidence come a home tie on clay. If Murray could win with ease, it would sow seeds of doubt ahead of their clay showdown.

Even before Parisian breakfasts had been digested, “with ease” was proving to be an understatement. Indeed the 10.30 start—9.30 for British fans—appeared to catch the French ticket-holders napping.

Murray had needed under an hour to put Borna Coric out of his misery yesterday, but then Coric is still only 18 years old and ranked 46. Now, though, Murray was also hurtling through the first set against Goffin, and the grey, echoing interior of Bercy’s show court, not even a quarter full, reverberated with emptiness.

Murray was playing aggressive, precise, clean tennis from the first ball: No early morning lethargy here. Three aces announced a love hold to open, two more another love hold for the second. In between, Goffin hit two double faults and offered up a quick break. The contrast was stark.

Indeed Murray let his concentration wander only once and only briefly, in the fourth game, when a winning Murray ball was wrongly called out: He disagreed with the decision to replay the point, made a couple of loose returns, and conceded what would be the only game of the match, 3-1.

Goffin was clearly struggling with his serve, and that was made all the harder by some wonderful first-strike returning by Murray. But Goffin was finding it almost as hard to get a point on Murray’s serve. He won the first in the fifth game with a glimpse of how much speed and touch the Belgian has when allowed to perform. Goffin picked up a drop shot, chased down a lob and picked off a high backhand smash to take the point, but it was slim pickings: Murray held with ease.

He then made two clean winners off a growing number of second serves from Goffin to break, and Murray offered up his only break point of the match on his way to serving out the set, 6-1.

The second set was just as devastating: Murray rampant, Goffin reeling from the pressure. From 40-0 up in his opening game, the Belgian went on to concede the break as his first serve became increasingly frail. It was the same story in the third game, and though he fought off four break points in the fifth game, he lost that too. With 53 minutes on the clock, the match was done and dusted, 6-0.

If Murray had intended to make a statement, he succeeded. This was so dominant a performance—22 winners to just eight errors—that Goffin might have been ranked 50 rather than 16.

Where the Belgian has an advantage ahead of their next meeting is that he now takes some days’ rest before heading off to practise on clay with his team-mates. Murray, now into the Paris quarter-finals to play Richard Gasquet, will head to London to try to combine his clay transition with preparation for the Tour’s finale at the O2.

But what better way to begin that preparation than to spend such scant time on court so far this week.