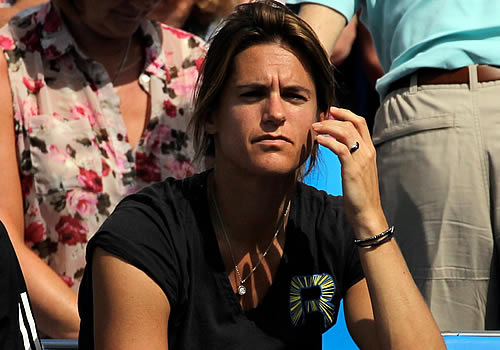 Andy Murray has revealed that his decision to appoint Amelie Mauresmo as his new coach did not take long after talks with the former Wimbledon champion.

Murray, who is currently defending his Queen’s Club title this week, added the former women’s No1 to his coaching team last week after parting company with Ivan Lendl in March.

“After I spoke to her the first time I just really liked her for a number of reasons,” said Murray. “She was calm, she asked a lot of questions, she listened a lot.

She was very easy to talk to, easy to communicate with

“I liked chatting to her, so then I decided to sit down and speak to her and had a good chat with her about tennis, I spoke to her a bit about my team and things I wanted to work on.

“I enjoyed speaking to her. She was very easy to talk to, easy to communicate with. I thought it would be a good time to maybe try it out.”

Mauresmo watched on as Murray won his Queen’s opener on Wednesday with a straight-sets win over Paul-Henri Mathieu in the second round.

But the 27-year-old is not expecting radical changes to his game ahead of his Wimbledon title defence later this month.

“It’s different having a different coach, obviously,” he continued. “Any time you start new with anyone, it’s obviously going to be slightly different but after a few matches it just becomes the same as usual.

“We spoke a bit about the match and the tactics and then chatted a little bit afterwards. But this week there’s not going to be any big changes in my game. I also wouldn’t expect any before Wimbledon.