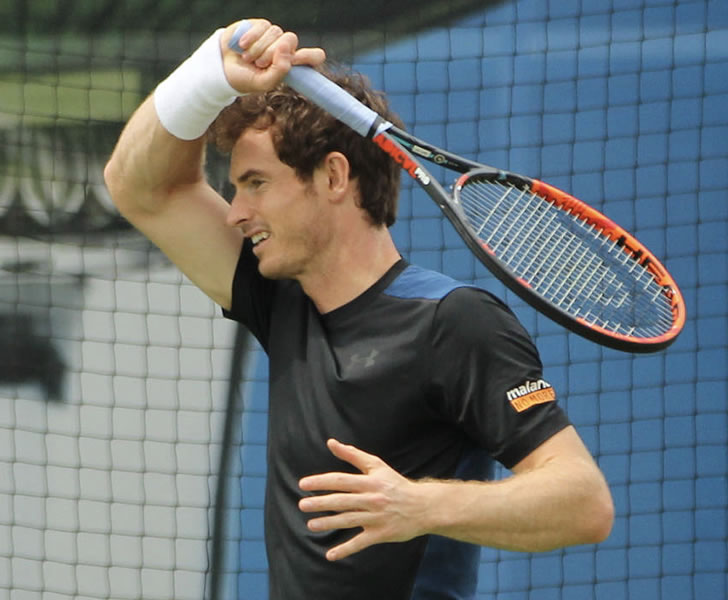 Andy Murray is aiming to be back fit for the grass-court season Photo: Marianne Bevis

A few days after withdrawing from his first scheduled tournament of 2018 and then from the Australian Open itself, Andy Murray has this morning announced on his Facebook page that he has undergone hip surgery.

A three-time Major champion and the world No1 this time last year, Murray has been carrying a hip injury since last year’s clay swing, and by the time he hit the grass of Queen’s and Wimbledon, he had a significant limp. As defending champion, Murray lost in the quarter-finals at the All England Club, and has not played a tour match since as he tried to rehab the injury.

He told fans via a post on his Facebook page: “Today I underwent successful right hip surgery at the St Vincent Hospital in Melbourne. I’d like to thank Dr John O’Donnell and all of the staff for looking after me.

“I look forward to returning to competitive tennis during the grass court season. Thanks to everyone for all the well wishes and support over the last few days.”

He concluded: “I’ll come back from this.”

He then spoke exclusively to the British press already gathered in Melbourne to cover the Australian Open, where Murray has been runner-up five times.

“I’m very optimistic because, having spoken to the surgeon, he was very happy about how it went. He felt that my hip will be feeling better than it did a year ago. I was still doing fine a year ago, ranked No1 in the world.”

He expects, he added, to be fit to fly back to London in a fortnight’s time.

The only complete match he has played since Wimbledon was at his fundraising “Andy Murray Live” event in Glasgow, where he was beaten by Roger Federer. In the press conference before that match, Murray explained that he was back practising after his aborted attempt to play at the US Open, but that he was still far from 100 percent:

“Some days I’ve felt great, some days not so good. But I’m getting there. I’ll come back when I’m ready and when I’m 100 percent fit. I made probably a bit of a mistake trying to get ready for the US Open, but I wanted to give it a go. Now it’s time to give my body the recovery and rest I need.”

Even in that match, Murray continued to limp between points, and still looked uncomfortable in the exhibition set he played at the Mubadala Championships in Abu Dhabi last week. That set, which he lost heavily to Roberto Bautista Agut, was enough to assure him that Brisbane was a non-starter, which he announced in an emotional post on Instagram:

“I’ve obviously been going through a really difficult period with my hip for a long time and have sought counsel from a number of hip specialists.

“Having been recommended to treat my hip conservatively since the US Open, I have done everything asked of me from a rehab perspective and worked extremely hard to try [to] get back on the court competing. Having played practice sets here in Brisbane with some top players, unfortunately this hasn’t worked yet to get me to the level I would like, so I have to reassess my options.

“Obviously continuing rehab is one option, and giving my hip more time to recover. Surgery is also an option but the chances of a successful outcome are not as I high as I would like, which has made this my secondary option, and my hope has been to avoid that. However, this is something I may have to consider, but let’s hope not.”

Few anticipated that the more drastic route would be chosen so quickly, and certainly not while still in Melbourne, though it transpires Murray has consulted with Dr O’Donnell, who began performing arthroscopic hip surgery in 1990, in the past.

It appears, too, that Murray plans to follow not just the advice that Federer game him in Glasgow—“ Take your time, however long it takes: when you come back you want to be 100 percent”—but also the Swiss champion’s example, and cut down on his playing schedule.

He told British journalists this morning: “I want to come back when I’m fit and ready to play, not to get into a situation like in Brisbane or New York, where I’m unsure when I turn up at a tournament how fit I am. I want to know when I come back that I’m ready.

“In terms of the approach to my career, I’m certainly not going to be putting in the same amount of tournaments and effort to try to get to No1. I’ll be more considered in the tournaments I play, even though I play a conservative schedule anyway in comparison to most of the players on the tour. I’ll be playing a reduced schedule, and then focusing more on trying to win Major events and big tournaments rather than trying to achieve certain ranking goals.”

He concluded: “This is something I’m going to have to manage very smartly and very closely for the rest of my career. I’m aware of that and I’m going to make sure I’m going to do that. I’m just looking forward to not being in pain.”

Murray will be 31 by the time the grass swing returns, and from his career-high No1 a year ago, he is currently ranked 19. That will slip after the Australian Open, where he was to defend fourth-round points, and Dubai, where he won the 500-point title last year.

Thereafter, however, he has few points to defend before the clay swing, and his modest runs in Monte Carlo, Madrid and Rome mean he will not face a devastating hit. However, if he does not make it back until the grass, he will see another 720 points drop off due to his semi finish at the French Open

But then, as he has stressed today, rankings will be the furthest thing from his mind after his long fight back to competition.