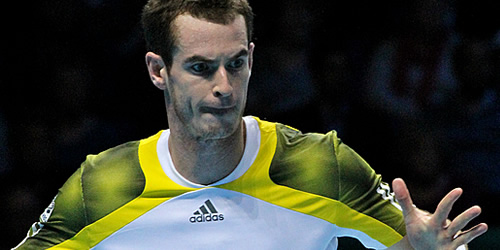 Andy Murray believes he has already reaped the rewards of hiring Ivan Lendl as his coach as the British No1 reflects on a hugely successful 2012.

Murray began working with the Czech ahead of this year’s Australian Open, with the Scot going on to reach his first Wimbledon final in the summer, before claiming Olympic gold at the London 2012 Games and securing his maiden Grand Slam triumph at the US Open in September.

And the 25-year-old Scot, who was beaten by Roger Federer in two sets in the semi-finals of the ATP World Tour Finals at The O2 on Sunday, is looking forward to further success with Lendl in 2013.

“Ivan has helped me a lot this year, working with him is one of the best decisions I’ve made in my career and I know he’ll keep pushing me hard to achieve even more,” Murray wrote in his BBC Sport column.

“We’ll be meeting up in Florida for my winter training block next month, so I’d better stay on his good side!”

Despite his breakthrough 2012, Murray remains focused on improving ahead of next season.

“I’ve been through so many highs and lows already throughout my career, and to experience the sort of highs that I did in the summer made me realise it absolutely was worth it,” he said.

“I finally did it, and it’s given me a lot of motivation going into next year to keep working on my game, keep improving. That will be the main thing I’ll take from this year.”