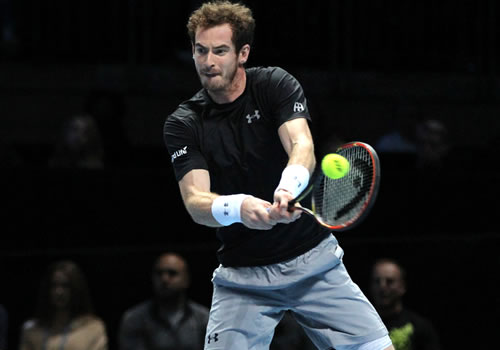 Perhaps it’s the prospect of Davis Cup glory in a fortnight’s time.

Perhaps it is that one of London’s biggest sporting events, the World Tour Finals, boasts a Murray brother in both the singles and doubles competition.

Perhaps it is simply the Murrays themselves: two likeable, grounded brothers from Dunblane in Scotland, who have both made their ways to the very top of their game.

Of course it is the younger of the two Murrays, Andy, who has been uppermost in British minds since he burst through to the quarter-finals of his home nation’s favourite tournament, Wimbledon, at just turned 21—and then made the finals of the US Open as well. In truth, he was making waves amid tennis’s best well before that, reaching the semis of the Montreal, Indian Wells and Miami Masters and beating then No1 Roger Federer in Cincinnati while still a teenager.

But for all his success at the highest level of the ATP tour, including eight Masters titles and qualification for the World Tour Finals at 2—and he has qualified every year since—the burden of expectation at home weighed heavy until the glorious summer of 2012.

An emotionally exhausted Murray, who wept on Wimbledon’s centre Court after losing the final to Federer, captured British hearts, and then stole them away with victory over the same adversary to claim Olympic gold. A month later, and he had his first Grand Slam title in New York, and within another year, he also ended the 77-year wait for a British Wimbledon winner.

Meanwhile, Jamie was ploughing a lower-profile furrow on the doubles circuit, and already a Grand Slam champion—at Wimbledon, no less—in mixed doubles with Jelena Jankovic in 2007. He made the semis of the next two years, too, and the final of the US Open. But this year, Jamie has made fresh waves, both with and without his brother.

In Davis Cup, the two joined forces against France and Australia to win vital doubles rubbers that would help carry GB to the final—though it fell to Andy to also win both singles rubbers. 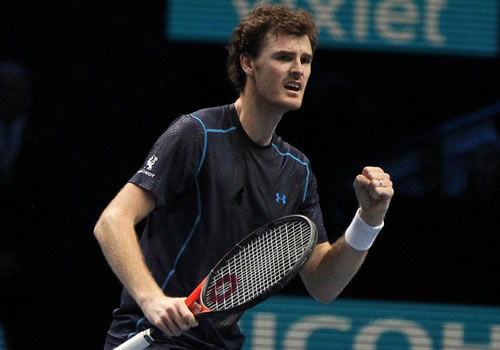 Now, with Aussie partner John Peers, Jamie is enjoying his most successful doubles season, with back-to-back finals at Wimbledon and the US Open, making eight finals for the year—more than any other team. It brought Jamie to the World Tour Finals for the first time—though in a measure of the still-low profile of the elder Murray, he has arrived each day, not by private launch from the players’ riverside hotel but from home on the tube.

It fell to him and Peers to open proceedings in London, too: first doubles match, first day, and the place rocked to a near-full 17,000 O2 arena as they beat No5 Italian duo, Simone Bolelli and Fabio Fognini, 7-6(5), 3-6, 11-9. It remains just possible, too, that the pair could end the year at No1. All the more surprising, perhaps, that this is not just Murray and Peers first World Tour Finals but their last: They join up with new partners in the New Year.

But Monday brought the younger Murray centre stage again. He, unlike his brother, is holed up in a smart hotel—but a man with fewer airs and graces you could not wish to meet. In Dubai, when asked why he had not taken the offer of a suite in the famed Burj Al Arab, said “Because this is convenient, it’s a very nice hotel and you don’t waste any time… I’m fine here.”

But make no mistake: Andy Murray has a tough few weeks to manage. Since his demanding three-match effort in Glasgow in September to seal GB’s place in the Davis Cup final, he has made the semis of the Shanghai Masters and the final of the Paris Masters, fitted in a few practice sessions on clay, switched back to the hard courts of the O2, and will return to clay to prepare for the Davis Cup final in Ghent in just over a week’s time.

The burden of expectation is, once again, great: GB has not won the Davis Cup in almost 80 years; Murray has never won the World Tour Finals; and he has never ended the year as world No2—and all three are possible in the space of a fortnight.

Now, though, the father-to-be carries the weight with more equanimity, more confidence, more perspective. As he said ahead of his opening match: “This week the preparations have been tricky… but it is also a good position to be in. I would have signed up to be in this at the end of the year in comparison to last year, and hopefully I can play some good tennis here and in the Davis Cup.”

First up was David Ferrer, a formidable player with a work-ethic to match Murray’s. However Murray beat the dogged Spaniard only last week in Paris, and also on Roland Garros’s clay, plus the two tournaments before that, both indoors.

Ferrer, though, immediately put into practice his newly attacking game, rushing to the net at every opportunity, and it seemed to upset Murray’s rhythm in the early stages. He had to fight off a break point in the first game, but they stayed on level terms until the eighth game. Ferrer survived a series of rough calls, one on the first point and one on break point. His serving took a dip—“I served bad at the end of the first set and also in the second”—and Murray took advantage to break for the set, 6-4.

The Spaniard went on the attack at the start of the second set, too, and this time got an immediate break. But Murray, playing some inspired drop shots, broke back in the sixth, and with Ferrer’s serve again letting him down, conceded another break and the match, 6-4, after an hour and half of tennis that was closer than the score suggested.

Murray was tested, and came through with some brilliant defence, some inspired drop shots and 23 winners to Ferrer’s 14.

Also of some significance, Murray hit four aces, and that means another substantial donation to his Unicef fund in aid of children in danger due to conflict. With matching contributions from the ATP, LTA, Under Armour and Standard Life, plus contributions from fans, #AndysAces has so far raised £35,000.

One more reason, if it were needed, to admire a player who has achieved so much on a tennis court, with and without his brother. For now, both can ride their wave of support into their second round-robin match, the first brothers since the famous McEnroes in 1989 to feature in both grand finale events.

Other converts to Murray mania can donate to his cause at: https://www.justgiving.com/andysaces/