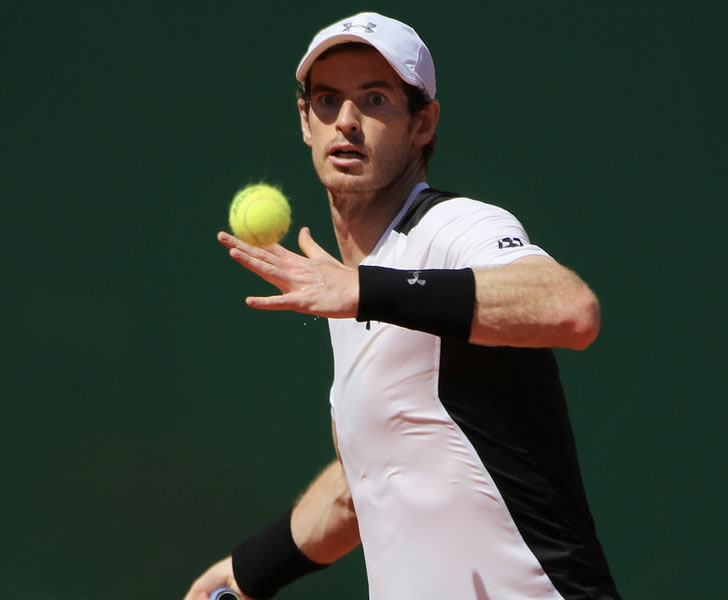 Andy Murray is through to the last eight in Paris Photo: Marianne Bevis

Andy Murray may have had a slow start to the clay season—he only once got past his opener in a clay tournament before Roland Garros, a semi-final run in Barcelona—but there is no doubting that he has looked more and more like the man who reached the final here last year.

Murray came through a four-set test against Andrey Kuznetsov in the first round, an even sterner test against Martin Klizan in the second, and by the time he faced one of his toughest adversaries, Juan Martin del Potro, the man who had beaten him in a record-breaking five-setter in last year’s Davis Cup, Murray’s level was starting to approach something like his best. As he put it, after their intense contest:

“It was a good one for me to get through, and each set I played better, I started to figure things out again during the match. Maybe didn’t start the best, but made some adjustments in the match tactically. That’s very positive, because I wasn’t doing that for the last few tournaments.”

Now he was aiming to win his 650th match and reach the French Open quarter-finals for the seventh time. He took on, in Karen Khachanov, one of the big rising stars on the scene. At just 21 years old and 6ft 6ins tall, he owns a powerhouse game that had put out two other powerhouses: No13 seed Tomas Berdych and No21 seed John Isner.

The young Russian was playing in only his third Major, having won his first match at this level just last autumn at the US Open. He went on to win his first title in Chengdu, and this year, after a few first-round losses, his strong off-season training in Barcelona was beginning to pay off. He beat Pablo Cuevas and David Goffin to reach the quarters in Barcelona, and also made the quarters in Lyon ahead of the French Open.

Already he was ranked 53 and he would be at No3 in the Race to Milan irrespective of whether he built on his debut fourth-round Major run with a debut quarter-final.

But Murray was ready, apparently with his elbow injury and a bout of debilitating shingles a receding nightmare.

He set out his wares straight away with a love hold, throwing in a winning drop-shot for good measure. He held his second service game to love, breaking out the drop-shot-volley combo. He had no trouble picking up Khachanov’s first 130mph serve—a considerable achievement on one of the cooler, more blustery afternoons as this year’s Roland Garros—and came through his first test, two deuces in the fifth game, to hold with some big serving. And Murray’s serve had been the chief thing to suffer in his comeback from that elbow injury.

Murray was already picking up the huge deliveries of Khachanov, and he worked a break-point chance with one such cracking return of serve, and broke for 4-2 as the Russian put a forehand wide.

Murray pressed home the point with a drop shot followed by a lob onto the baseline to hold, and then held to love for the set, 6-2.

The second set rubbed salt into the Khachanov confidence with a quick break, drawing a double fault from the young player, and the Briton then held to love, 3-1.

But then the conditions conspired to upset Murray, as the wind hurtled through Philipp Chatrier, and Khachanov got the break back: 3-3. The Russian’s advantage was short-lived, however. Murray was seeing Khachanov’s serves and forehands with relative ease and the younger man had too little tactical variation to adjust to Murray’s outstanding defence. The Briton broke again and served out the second set, 6-4.

The third set followed a near identical pattern: Murray broke on the fourth break point in the second game, and aced to hold for 3-1. The bold Russian went all out on his ball-striking to get the break back—and there is no doubting that his flat power has something of his idol, del Potro, about it—but he lacks the versatility, the angles, and the tactical astuteness of the Argentine.

Murray broke again, and served big to take the set and match, 6-4, after a little over two hours—not just his 650th career win but his 20th win of the year.

Murray was, rightly, pleased with his performance:

“I think today was probably the best I have played overall. Each match I feel like I played better. I have hit the ball cleaner and started to see the right shots at the right moments. Yeah, come a long way the last 10 days or so.”

Khachanov was hoping to become the first player to reach the quarter-finals on his Roland Garros debut since Rafael Nadal in 2005. Those are some shoes to fill, but the Russian did plenty to impress this week and will arguably gain more advantage on the grass and hard courts to come.

Murray’s view is sure to bolster that opinion:

“He’s obviously one of the best young players in the world just now. He’ll keep getting better—I think by the end of this year, top 20, top 25, and from there, who knows?”

Khachanov, though, has a mature and confident head on his shoulders, and is sure to help him:

“I take great experience from this match and playing on the Centre Court. All the credit to Andy… he’s world No1 for a reason. [And] he’s one of the best returners on tour.”

After the match, Murray forsook the usual on-court match analysis to send condolences to those affected by recent terrorist attacks, and he afterwards elaborated on the global tennis community that had prompted his sentiments.

“I think that’s one of the great things about tennis: [many different countries] all share locker rooms together, practice courts together, compete against each other. For the most part, the players get on very well with each other. We get fantastic support everywhere we go. I do think sport, and tennis in particular because of the nature of it, brings lots of people together from many different places.”

He next plays a man from the other side of that global community, No8 seed Kei Nishikori, in the quarter-finals. The Japanese man beat Fernando Verdasco, 0-6, 6-4, 6-4, 6-0.

In the bottom quarter of this half of the draw, Kevin Anderson was forced to retire against No7 seed Marin Cilic. The Croat, a former French Open junior champion, led 6-3, 3-0 when the South African pulled out with a thigh injury. Anderson took out Briton Kyle Edmund, in a punishing five-setter, in the third round.