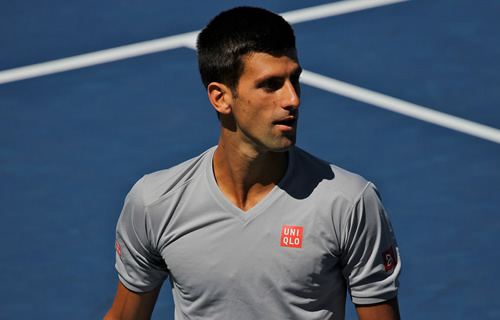 Novak Djokovic is through to his fifth straight final in China Photo: Marianne Bevis

Over the eight years since these two 27-year-olds first met, the rivalry between Novak Djokovic and Andy Murray has grown into one of the most compelling on the tour.

Separated by just a week in age, they grew up as good friends, but as success embraced them, and they forged their places among the quartet known as “the big four”, friendship has, of necessity, come second to their intensifying rivalry.

Now the two players with arguably the best records on Chinese soil took on one another for a 22nd time. Djokovic was on an unbroken run of 22 matches in the Beijing’s 2008 Olympic arena, and going for his fifth straight title. Murray had only played here once before, in 2010, but had reached the final of the Shanghai Masters in his last three visits, winning there twice.

The last two occasions that Murray had beaten the Serb were in winning his first Grand Slam, the US Open, in 2012 and winning his first Wimbledon last year. But since that heady 12 months, Murray has missed months of action following back surgery, while Djokovic has soared back to No1 via this year’s Wimbledon title. And the Serb’s two victories over the Briton this year have taken his margin over Murray to 13-8.

For Murray, there has also been growing imperative to earn points towards qualification for the ATP World Tour Finals. His storming win over Marin Cilic in the Beijing quarters helped—and demonstrated some of Murray’s best form of the year. But Djokovic was clearly in ominous form, too, and he swiftly threw down a marker in this latest meeting.

Murray stayed on level terms, just, until the eighth game, but then faced 0-40 as Djokovic cranked up his relentless angled hitting from both baseline wings in a near-error-free web of shots. Sure enough, he broke through, and served out the set 6-3 without facing a break point, in a tidy 42 minutes.

Murray had managed just three winners but made 13 errors, notably off his usually strong backhand. The bad news, for those who pay attention to statistics, was that Murray had never, in their eight years of matches, come back from losing the first set to beat the Serb.

And Murray’s woes continued—the word that he chose to berate himself with, too: “Woeful… woeful!”

And after his aggressive match-play against Cilic, Murray seemed surprisingly defensive. He played consistently from behind the baseline, while Djokovic stepped in to dictate rally after rally. And it was Djokovic who worked the occasional opening to ghost into the net, too, where he finished with some clinical overheads.

The Serb broke Murray to love in the first game, held to love with an ace, and took two more points for a run of 10 to open the set. Eventually Murray stemmed the flow, defending deuce, to get on the scoreboard.

That seemed to spur the Briton into action, and he disrupted the rhythm of Djokovic to set up his first break points of the match with a 29-stoke rally of metronomic brilliance that drew an error from the Serb.

Murray forced another chance to break, but time and again his backhand let him down, and what looked like a winning lob went long for deuce. It took 11 minutes, but Djokovic came out unscathed, 3-1. However, Murray was starting to find some form, held off a break point, and then pressed again. And at the third attempt, he got the break back.

But just when Murray seemed to have gained the upper hand, he again dropped back and gave Djokovic room to step in and take the initiative—and the Serb began once more to weave his patterns, and to switch defence into attack. By the match’s conclusion, he had made 14 points from the front of the court, Murray only two, Djokovic 19 winners, Murray just seven.

The world No1 broke, and served out with ease, 6-4, to advance to his fifth straight Beijing final against either No3 seed Tomas Berdych or qualifier Martin Klizan.

Murray’s loss means that, for the time being, he remains outside the qualifying ranks at No9 in the race. Ahead of him, Milos Raonic extended his advantage by reaching the finals in Tokyo, where he will meet Kei Nishikori for the second straight year.

The Japanese man has now overtaken Cilic to take fifth place in the Race to London. In truth, though, with fewer than 700 points separating Nishikori and the 11th placed Grigor Dimitrov, and with two Masters and two 500 tournaments still remaining on the calendar, this race still has a long way to run.