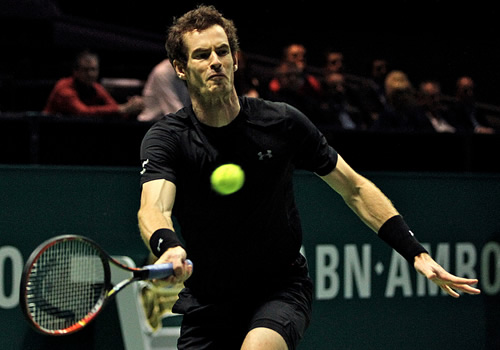 It had captured the imagination, the second-round meeting between top seed Andy Murray and one of the most promising rising stars on the tour, Vasek Pospisil.

They certainly had one thing in common: Wimbledon titles.

Murray, famously, became the first British man to win the singles title in London in 77 years in 2013. Pospisil and fellow rising player Jack Sock burst like a breath of fresh air to win the doubles title last year. Indeed ‘Popsock’ became one of the partnerships of 2014, also winning in Atlanta and reaching the final in Cincinnati.

It was an interesting departure for Pospisil, who had risen almost 100 places in the singles rankings during 2013 with semi runs in Bogota and the Montreal Masters and then pushing Roger Federer to a 7-5 final set in the Basel semis.

So Pospisil peaked at No25 last January but then slumped to eight first-round losses before recovering to reach his first tour final in Washington and then again pushing Federer to three sets in Cincinnati. Two months later, he played Murray for the first time, losing to the Briton in straight sets, but it was enough to make an impression on the Scot.

For there is no doubting the ability and athleticism of the tall Canadian. He has a big serve, an attacking game that often finds him at the net, and baseline speed and variety. 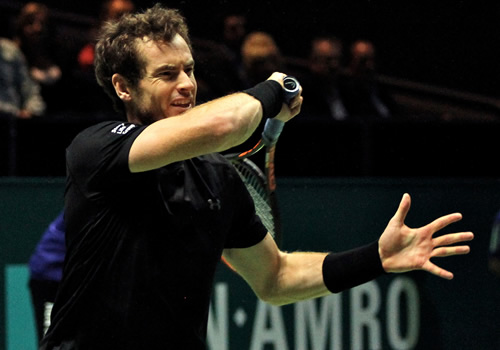 He began this season with a new determination to focus on singles, working long and hard during the off-season to build his fitness. It paid off in his first round here, a surprisingly straight-forward dismissal of the 22-ranked Philipp Kohlschreiber. But it would sorely tested against the super-fit Australian Open finalist.

In the first set, there was nothing in it. Pospisil showed his determination to attack the net whenever he could, and those doubles skills stood him in good stead as, time and again, he made quality one-two strikes, serve and mid-court winners.

Murray too served solidly, running down anything less than perfect from the Canadian, but it was pacey and intense stuff all round, both men giving voice to assorted frustrations.

The only break point of the set came in the eighth game when Pospisil missed a few first serves, and that gave Murray just the invitation he needed to seize the advantage, he broke at the first time of asking, and served out the set, 6-3.

The second set would show the mettle of both, as what looked as though it might become a straight-forward win for Murray turned in Pospisil’s favour and then back again.

Pospisil opened the set with all guns blazing, and went on the offensive on Murray’s serve. He had four break chances in the second game, ghosting to the net to finish. But as soon as he got into baseline exchanges, Murray took the upper hand. The Briton finally held serve after a long backhand, corner-to-corner rally.

But Murray then broke, running his opponent ragged before making a passing winner to take the lead, only for Pospisil to break to love with a forehand return-of-serve winner.

Murray seemed to tense up, Pospisil seemed to throw caution to the wind, fired another forehand winner, and a Murray double fault brought up more break points. The Briton netted a backhand and smashed the offending racket on the court: He was 3-5 down and staring a third set in the face.

Pospisil roared, ‘Let’s go, let’s go!’ But even all that adrenalin could not carry him through one of the most gruelling points of the tournament so far. Pospisil was dragged higher and thither through 30 shots on set point, and Murray finally drew the error. It would prove fatal, leaving Pospisil winded—to such an extent that he was called for a time violation as he tried to recover his breath.

Murray, for his part, looked as cool as a cucumber, and must have seen he had his man. Pospisil’s first serve and then his forehand deserted him, Murray broke, levelled at 5-5, and as good as broke the man, too. Six deuces and four break points later, Murray had another break, and served out the win, 7-5 after an hour and three-quarters.

Murray talked of the physical nature of the contest: “There were a lot of momentum swings. When he was serving for it, he was in a great position but that rally on set point was 30 points, a very physical rally. I was making him do more of the running, and I think it took a lot out of him… It’s quite a slow court so when you’re in control of the rally, you can make your opponent move a lot. But it was a very tough match mentally and physically.

“[But] I felt my level was good—I didn’t serve so well today but the rest of my game was pretty good. I moved well and felt like when I needed to I could step my game up a bit, and find a bit extra intensity and consistency at important moments.”

Murray’s fitness outlasted one man and will next be put to the test against a another famed for his ability to keep running, Gilles Simon. And for the first time this tournament, Murray will see few net attacks, but he should in feel pretty confident: He has won 12 of his last 13 matches against the Frenchman—though Simon revealed: “My coach Jan knows [Murray] well and has helped unblock me against him. I played much better against him in the past two matches even though I ended up losing them.”

Also in Murray’s half of the draw, the defending champion Tomas Berdych beat the in-form Andreas Seppi in an hour and a half see-sawing contest, 6-0, 3-6, 6-3. His win set up a quarter-final match against Gael Monfils.