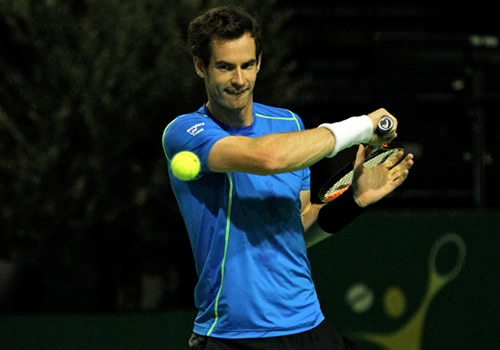 By any measure, the schedule that Andy Murray has put together for the first few months of 2015 is a formidable one.

After an exhausted conclusion to 2014, the Briton surged back via his first run to a Grand Slam final since winning Wimbledon in 2013 to regain a No4 ranking that had dropped to No12 just four months before.

Yet with less than a week back home, and a jet-lagged few days at that, he was back across the Channel to the contrasting cool conditions of the indoor Rotterdam 500, a tournament he won back in 2009.

Days later, he will be off to the hot hard courts of Dubai before heading to North America for one of the toughest turnarounds on the tour, the back-to-back Masters in Indian Wells and Miami. Before that, just to break the flow, he will probably also head back indoors in support of GB’s Davis Cup tie in Glasgow.

Yes, whichever way you look at the rest of the spring, it is a lot of tennis—and he has even added doubles into the Rotterdam mix in order to get a feel for the court. And that means, if he reaches the singles final, he could be playing here for six consecutive days.

His reasoning is simple, if mind-boggling in an age where the elite players on the tennis tour talk of the pressures of the calendar, the rigours of the travelling, and the lack of down-time.

“I felt like last year that my body responded much better to playing matches and tournaments than when I was younger… When I took breaks last year, at times I found it difficult to get going [again], especially the first tournament.

“After the Australian Open, I didn’t pick up a racket until I arrived here, didn’t hit a ball until Saturday night—five days off. But I don’t want to be taking 10 days or two weeks off just now because I don’t feel it helps my body.”

As for the doubles, a rare departure in Murray’s schedule, he had originally intended to play with James Ward before the fellow Brit fell ill. So rather than give it a miss, he joined forces with Gilles Muller: “I wanted to try and get a match on the courts, so I’m playing with Muller and hopefully can get a match on Centre Court tomorrow.”

Murray hopes, too, to link up with coach Amelie Mauresmo along the way to North America, and given the opportunity—just as he did on-court at the Australian Open—Murray was keen to reiterate how effective their partnership, now eight months old, is becoming. So much so that he believes he is playing better tennis this year than he did through the whole of 2014.

“I feel like a lot of things that have been said about my relationship with [Amelie] have been very unfair. And I found it very difficult to understand. In my opinion there was no reason for it at the end of last year.

“I feel that when, in the off season, we got to spend a lot of time together, the improvement in my game was quite evident in Australia. I think she’s a very good person to work with, and I’ve enjoyed it. It’s unfortunate that the Australian Open didn’t finish exactly how I wanted, but it was much, much better than any tennis I played last year, that’s for sure.”

He enters Rotterdam as the world No4 and the top seed. If he wins here, he will be in line to overtake Rafael Nadal at No3, but he views that as a by-product of a more pragmatic, holistic approach rather than an end in itself. 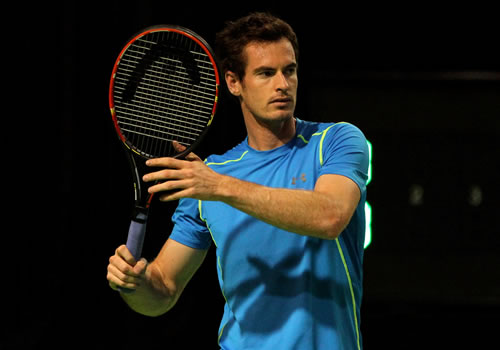 “When I talk about my game or my goals, I don’t do it based on rankings. I base some of it on physical goals, things I want to be able to do. I look at tournaments, to try and peak at certain stages of the year.

“So I prefer to try and set my targets on how well I prepare for events, how well I play, my attitude… those sorts of things, because I can control that. You can’t always control whether you win or lose a match because sometimes you have a bad day and sometimes your opponent plays amazing tennis, and I try not to do that so much these days.”

The best example of this in action was the aftermath to the Australian final, a match during which Murray was on level terms with eventual champion Novak Djokovic until he lost concentration early in the third set to drop 11 straight games and the match.

“What I tend to try and do after Major events is to look at the tournament as a whole because if you just concentrate on the match you lost, then obviously you are going to be unhappy and disappointed. There’s 128 players at the start and getting to the final and losing is tough, but second out of 128 is not bad.

“I played some of my best tennis again, played really, really well. It was unfortunate, obviously, what happened at the end of the final—I said at the time I was disappointed with that—but these things happen, and I’ll try to improve and make sure that doesn’t happen again.”

Murray lost in the quarter-finals here last year, and defending champion Tomas Berdych is likely to be in his way should he reach the semis. But this year’s Murray has the look and sound of a confident, calm man who is, just as he says, playing some of his best tennis in a long while. And whether it is a target or not, he looks set to continue his upward assault on the rankings.

Murray plays his opening doubles match on Tuesday aternoon and will begin his singles campaign on Wednesday.