Andy Murray is presented with the ATP Humanitarian award 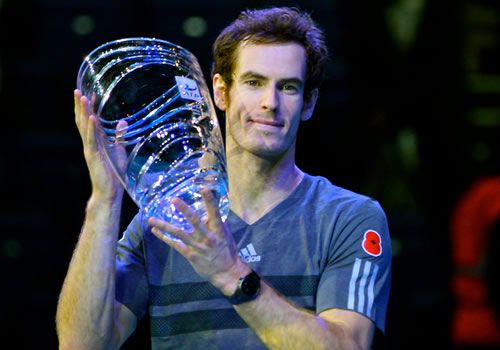 Andy Murray has spoken of his pride at winning the ATP Humanitarian award this year.

“It was very nice to receive that award,” said the Scot. “I found out about it last week. It’s a nice reward for doing the charity work. I’ve enjoyed doing it a lot over the last few years.

“Then also when someone close to you is affected by various diseases or whatever it is, you tend to feel closer to the charity work, as well.

“The last two years have been, from a personal point of view, tough to see two people I know pretty well, one being my best friend [Ross Hutchins], and obviously with Elena [Baltacha], it was very difficult to watch.

“I hope that I can keep doing as much as possible for the various charities over the next five, six years of my career. And beyond that, when I finish playing, I’ll obviously have more time, you know, to do that. I look forward to it.”