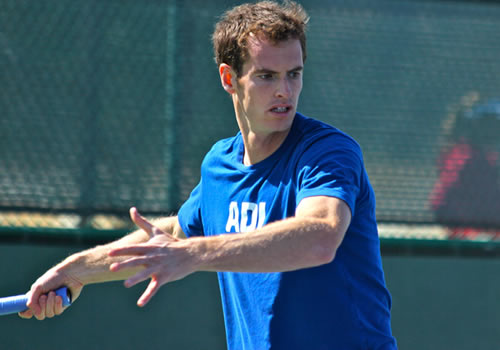 Andy Murray has made numerous calls for a review of the anti-doping procedures Photo: Marianne Bevis

Against of growing chorus of encouragement from within its ranks—most vociferously Andy Murray and Roger Federer—tennis is set to introduce an Athlete Biological Passport Programme from 2013.

The sport’s key governing and professional bodies have also committed to increase the funding for more testing both in and out of competition.

The Passport will require the Tennis Anti-Doping Programme—a drug-testing programme that applies to all players and events sanctioned by the International Tennis Federation (ITF), the Association of Tennis Professionals, the Women’s Tennis Association, and each of the Grand Slams—to increase the number of blood tests every year.

Even so, the Working Group also recommended an overall increase in the amount of testing, especially out of competition, to be funded by the governing bodies and administered by the ITF.

Murray and Federer have made numerous calls in the last year for a review of the anti-doping procedures in the sport. In the aftermath of revelations about the scale of doping in cycling last autumn, Federer revealed at the World Tour Finals in London that he was not being tested as often as a few years ago: “I feel I’m being less tested now than six, seven, eight years ago.

“I don’t know the exact reasons we are being tested less. At this moment, I agree with Andy [Murray]: We don’t do a lot of blood testing through the year. I’m OK having more of that. I think it’s important to have enough tests out there. I think we should up it a little bit, or a lot…”

Then in Rotterdam in February, he added fuel to the argument: “I didn’t get tested after the semi-final in Australia, which I told the people: To me that is a big surprise.”

In the interim, Murray talked about the need to increase testing at a post-Australian Open news conference at London’s Queen’s Club: “If one in a 100 players is doping, in my eyes that isn’t a clean sport… I know that I’m clean and I would hope that’s the same for all tennis players.

“We need to ensure everyone competing is clean, and that comes with biological passports and more blood testing.”

Murray went on to suggest that more money—from whatever source—should be put into testing: “It comes down to cost.

“Whoever is putting the money in, even if it means taking some of the money off the players’ earnings, that’s what we have to do. Not just tennis, all sports need to look very closely at this. A lot has been learned from the Lance Armstrong situation. I don’t want that happening for my sport or any sport.”

Expanding on the subject in Rotterdam, Federer concurred:

“Absolutely: I can only share that opinion. I think we should be tested more often in terms of blood as well…we should be doing biological blood passports, I think we should store things away, I think that would scare a lot of cheaters away. I think it’s important to make sure the sport’s credible and clean, and players don’t even get the idea they can cheat.

Existing funding for the programme has been around $2 million a year—or, to give a useful sense of perspective, the equivalent of the combined prize money for the two singles champions at Indian Wells this week.

And although the figures just released for 2012 show a slight increase in the number of tests in and out of competition compared with 2011—blood tests up from 131 to 187 but urine tests down 2019 to 1998—these are modest figures when measured against the numbers of athletes competing in the 65 men’s and 57 women’s tournaments that make up the main tours.

Rafael Nadal, recently returned to the circuit from injury, suggested an extra element in the anti-doping procedures during his South American comeback: make the frequency and results of their tests public.

He revealed that he had passed six blood and urine tests since playing his last match at Wimbledon seven months ago, the most recent of them before competing in Chile.

“If I go through a lot or very few doping controls, people should know. Though I went for seven months without competing, I went through a lot of tests. I don’t have to justify anything. This information should be open the public.”

Amid the growing anti-doping debate of the last few months, the now retired Pete Sampras, winner of 14 Grand Slams commented on the issue with more equanimity:

“It’s a random case here or there. I don’t see the top guys messing around with that. Maybe I’m naïve…I don’t think players are as sophisticated in tennis [as they were in cycling]. It’s not their culture. I don’t think it’s in their nature.”

Though many agree that tennis is relatively clean, current players have been more anxious to ensure it stays that way. In Dubai, Federer talked of “a big sense of urgency that we make sure that our sport stays as clean as possible” and has come out strongly in support of the new measures:

“Last year, through the Dubai, Rotterdam and Indian Wells swing where I won all three tournaments, I didn’t get tested once. And that shouldn’t be okay. You’ve just got to go test those guys who are doing really, really well anyways but also in the Challenger levels, in the first rounds, so that nobody really falls through. Everybody needs to understand that this is really important for the integrity.”

And Murray was just as pleased with the development: “Thankfully it’s been done quickly. It’s one of the best ways to ensure your sport stays as clean as possible and it’s good tennis has made that jump.”

Federer, Murray and Nadal are due to play their first matches at the first Masters tournament of the year, the BNP Paribas Open in Indian Wells, today and tomorrow.

• Tennis’s anti-doping policy is in line with the World Anti-Doping Agency (Wada) Code.

• The Wada Code requires tennis to have an International Registered Testing Pool (IRTP) of players, each member of which must provide ‘whereabouts’ information for every day of the year.

• Those selected for the 2013 IRTP includes (but are not limited to) the ATP top 50, WTA top 50, top 10 doubles players and top 5 men, women and quad wheelchair players. Every player is subject to out-of-competition testing at all times, but only people in the IRTP have to provide ‘whereabouts’ information for every day of the year.

• Quarterly in advance, every IRTP player must provide:

• Names and dates of each event in which he or she is competing—that is, from 00.01 local time on the day a tournament begins to no earlier than 60 minutes after the player’s last match;

• For every day not in competition, an overnight residential address, and the name and address of their daytime location (whether training, working or other activity), together with a 60-minute time-slot and location between 6am and 11pm when accessible for testing.

• Any combination of three missed tests and/or failure to provide the right ‘whereabouts’ information within an 18-month period constitutes an ‘anti-doping rule violation’, the sanction for which is a ban from the game for a minimum of one year up to a maximum of two years for a first offence.