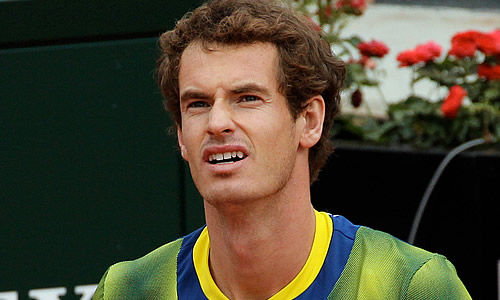 Andy Murray admits he is still searching for consistency after crashing out of the Madrid Open to a player ranked 38 places below him in the world.

The 27-year-old was up against world number 46 Santiago Giraldo in the third round but had no answer to the Colombian as he lost in straight sets 6-3 6-2.

My coach is missing, that’s quite a big part of my team

Murray is still without a coach after splitting with Ivan Lendl, the man that led him to US Open and Wimbledon triumphs as well as singles gold and doubles silver at London 2012 during a two-year partnership.

But Murray believes his problems are all of his own making and refused to blame a lack of coach for his premature Madrid Open exit.

“My coach is missing, that’s quite a big part of my team,” Murray said. “But, you know, even when I was working with Ivan, I didn’t necessarily play my best tennis here last year or at certain periods.

“My best tennis or my sort of base level has to stay the same for a lot longer. It’s not necessarily a case of going out there and practising loads of stuff on the court. I need to be mentally stronger and mentally a bit more switched on for longer periods in matches.

“I’m not 100 per cent sure what the problem is. But, again, I need to sit down and think about that the next couple of days and see what I need to do.”