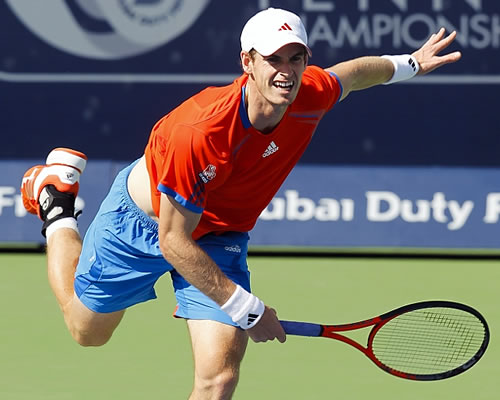 It’s a time of year when the tennis road-show that converged on Melbourne, Australia for the first Grand Slam of the year comes to a crossroad.

There are choices aplenty in a month packed with ATP 500 tournaments and with paths that offer up different hemispheres, different climates, different seasons and different surfaces.

The clay lovers amongst the tour can head back to the southern hemisphere to lap up the “golden swing” of South America—cities redolent of heat and fiesta and red-hot clay courts: Rio, Sao Paulo, Buenos Aires. Here you will find world the No3 Rafael Nadal making hay on his favourite surface, hoping to complete his return to peak match-form after injury and illness blighted the end of 2014.

It was in these warm climes that he returned in 2013 to win three titles from four finals, and with only one other top-10 player, David Ferrer, making the journey south, he should head to the gruelling back-to-back Masters of Indian Wells and Miami with titles, points and back to his winning ways.

He will need to gain as much ground as possible, too, since Andy Murray, newly returned to No4 in the world after his final run in Australia, is right on his heels in the rankings. And maybe that has something to do with the Briton’s decision to opt into two of February’s 500 tournaments.

Yet the ABN AMRO in Rotterdam and the Dubai Duty Free could not be more different, or offer more contrasting conditions or a more demanding line-up of opponents.

Rotterdam is the headline act of the brief indoor swing that packs out a chilly, Europe-based month. There Murray will be one among three of Australia’s semi-finalists with Tomas Berdych and Stan Wawrinka, not to mention world No6 Milos Raonic.

Then the Briton heads to the headline event of the other February route to Indian Wells, the prestigious Dubai Duty Free that, along with the Acapulco 500 held in the same week, acclimatises the players to the hot, outdoor hard-court conditions of March.

In Dubai, Murray will again be one of three Australian semi-finalists, but this time with the world No1 who beat him in the Australian final, Novak Djokovic, alongside Berdych. Not content with that, the draw also contains world No2 and Dubai’s defending and six-time champion Roger Federer.

Murray is playing Rotterdam for the fifth time since his debut in 2008. He went on to win the title 2009, beating Nadal. Last year, just weeks into a New Year following back surgery that had halted his 2013 season, he lost out in the quarter-final to Marin Cilic. This year, the tournament is without US Open champion Cilic due to persistent a shoulder injury and also Jo-Wilfried Tsonga missing with arm injury. However, as tournament director Richard Krajicek pointed out: “Murray is obviously one of the favourites for the title, but with Wawrinka, Berdych and Raonic the competition is fierce.”

In Dubai, the Briton faces arguably an even tougher task, though the first time he played the tournament, in 2008, he beat then defending champion Federer in the first round.

Yet in four previous visits, he had never got beyond the quarter-finals until 2012, when he beat Berdych and the four-time champion Djokovic before losing to Federer in the final.

Murray has not played in Dubai since—last year he opted for the inaugural hard-court playing of Acapulco—though he did use the Dubai courts for training during his winter off-season.

But after a year working his way back to full fitness—and he played six back-to-back events, winning three of them, on his way to qualifying for the World Tour Finals—and rejigging his coaching set-up, he looks and sounds ready to build on his reclaimed top-four ranking.

“There were a lot of things to deal with [last year] but now, after the Christmas break, I feel good again. I can’t remember how long it’s been since I have felt this good. In terms of my mindset, I’d say a very long time.”

And it won’t do his cause any harm that his coach of almost eight months’ standing, Amelie Mauresmo, won the 2002 Dubai women’s title.

As executive vice-chairman of Dubai Duty Free, Colm McLoughlin, said: “It will be very interesting to see if his coaching association with a former Dubai champion and world No1, Amelie Mauresmo, can give him the extra boost to take him from 2012 finalist to 2015 champion.”

Murray has chosen a tougher road than Nadal, one that will give him the chance to measure himself against the best—and that he will relish.