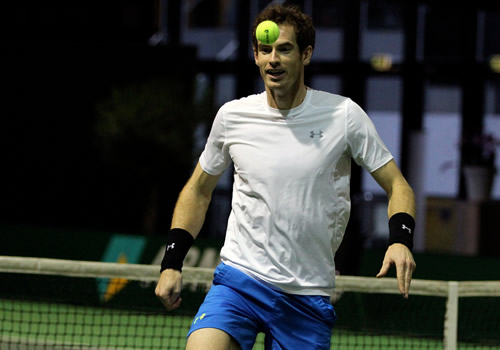 Andy Murray has a go at some keepy-uppies Photo: Marianne Bevis

Gilles Muller, who finally beat David Goffin in the first round of the Rotterdam singles draw well after midnight on Monday, has withdrawn from his planned doubles debut with Andy Murray today due to illness.

But it’s an ill wind that blows no Murray any good, and their place was taken by lucky losers Jamie Murray and John Peers, who had lost to another British duo, Colin Fleming and Jonny Marray, in the final round of qualifying here. 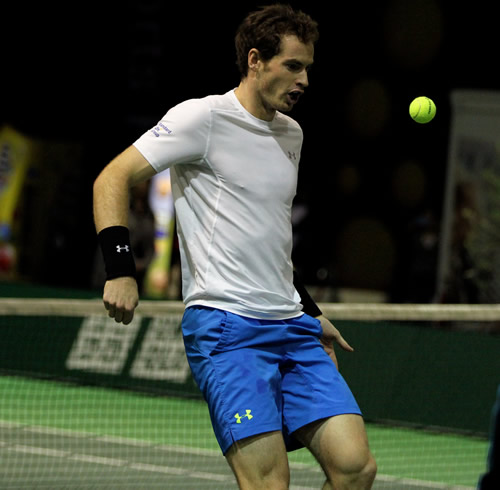 Andy Murray had originally entered the doubles draw with fellow Brit James Ward, who had to pull out ahead of Rotterdam. When Muller also found himself without a partner, he and Murray paired up at the last minute, both keen to get some time on the Ahoy’s Centre Court.

Andy Murray has been putting in some hard yards on the practice courts here, and was still hard at it this afternoon when the announcement of his doubles withdrawal was made.

But rather than waste his session, Murray and team broke into to their familiar ‘keepy-uppy’ challenge: the one who lets the ball hit the ground first also has to hit the ground for a set of press-ups. 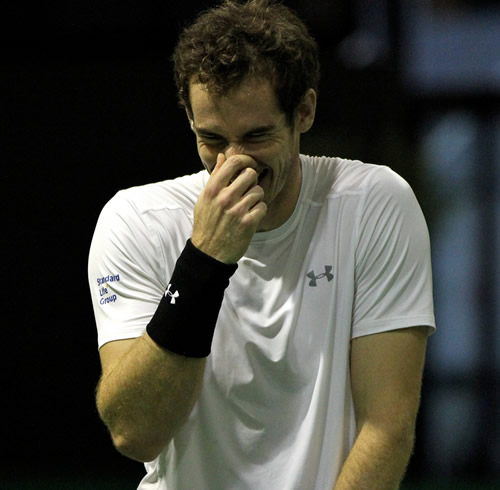 Needless to say, Murray is not often the one doing press-ups but rather laughing his head off at his mates.

It’s a side of the top-seeded Briton that Rotterdam fans may not have seen before, and all the more welcome for that. But his game face will be back in place come his opener against Nicolas Mahut on Wednesday.