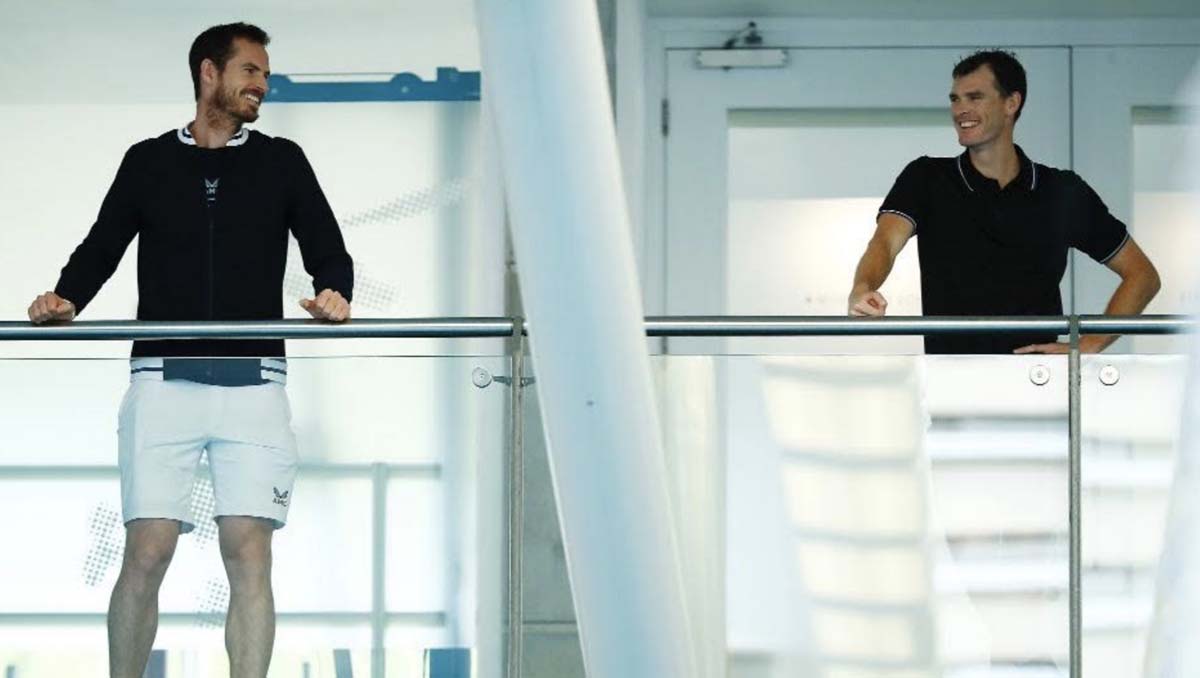 Andy and Jamie Murray (Photo: Getty Images, for Battle of the Brits)

Tournament Director Jamie Murray has revealed his provisional schedule for this December’s Schroders Battle of the Brits between Scotland and England, to be played over two days in Aberdeen.

And brother Andy Murray is scheduled to play in Scotland for the first time since “Andy Murray Live” against Roger Federer in Glasgow in 2017—and not once, but three times.

The three-time Major and two-time Olympic gold champion is slated to play all three sessions across both Tuesday 21 December and Wednesday 22 December, including teaming up to play doubles with his brother Jamie.

The tournament begins with the evening session on Tuesday, when Andy Murray will take on Dan Evans for England in the second singles match. Opening the event will be current top-ranked Briton and Scot, world No12 Cameron Norrie, against England’s Kyle Edmund, who is returning to court after nearly 14 months off with a knee injury. Edmund, the 26-year-old former Australian Open semi-finalist, has not played since October 2020, and underwent surgery on his left knee in March this year.

Wednesday afternoon will see Jamie Murray and Jonny O’Mara lead out Scotland in the doubles against England’s Joe Salisbury and Neal Skupski.

Salisbury is currently ranked No3 in doubles, has won two doubles Majors—plus two more in mixed doubles—and won this year’s Toronto Masters with regular partner Rajeev Ram, with whom he has qualified for the ATP Finals in Turin next week.

Jamie Murray will also be in Turin with partner Bruno Soares, who has been his successful partner to two Major titles. Murray has also won five mixed doubles Majors.

The afternoon session is completed by Andy Murray against Edmund.

On Wednesday evening, Norrie plays Evans, the man he recently overtook as British No1, before the Murray brothers join forces for Scotland for the finale against Salisbury and Skupski.

“We’re bringing the best players from the whole of the UK so I expect the matches to be super competitive and really high quality.

“Andy, Cam, Jonny and I are all desperate to get out there in front of the Aberdeen crowd and show them what we can do. I know the English guys are really excited too, so there is going to be lots of fun as well as everyone going all out to get their team a win and take home the bragging rights as an early Christmas present!”

This is the fourth edition of Battle of the Brits, and previous events have raised over £100,000 for NHS charities.

Schroders Battle of the Brits this year is proud to support Aberdeen-based charity Maggie’s, which provides invaluable help, advice and support to cancer sufferers and their families.

The event will be broadcast on BBC iPlayer and Tennis Channel, but some tickets are still available on Ticketmaster.