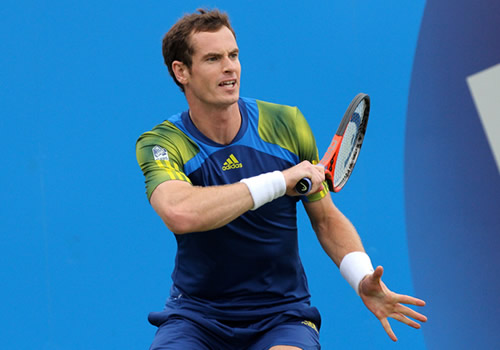 Andy Murray will feature in the Rally for Bally event in the summer in honour of the retired former British No1 Elena Baltacha.

The event was created after the 30-year-old announced last month that she has been diagnosed with liver cancer.

Murray will be joined by former British No1 Tim Henman and 18-time Grand Slam champion Martina Navratilova, as well as a number of other players in mixed doubles matches.

My thoughts are with Elena and what she must be going through at this time.

Navratilova, who battled and overcame breast cancer in 2010, said: “Cancer is an opponent that we all must fight against. My thoughts are with Elena and what she must be going through at this time. It is great that the tennis world is coming together to support her, and to rally against cancer.”

The contests will be played on the finals day at the Aegon Championships at Queen’s, the Aegon Classic at Birmingham and Eastbourne, with funds being split between the Royal Marsden Cancer Charity and the Elena Baltacha Academy of Tennis.

“We are determined to do everything we can to raise as much money as possible for The Royal Marsden Cancer Charity to fight against cancer and for the Elena Baltacha Academy of Tennis, which means so much to Bally,” said Hutchins.

“We will have all three of our recent Wimbledon champions – Andy and Jamie Murray, and Jonny Marray, one at each venue, and I hope everyone will get behind this cause in just the same way as last year.”

A Rally For Bally JustGiving page has been set up, and donations can be made quickly and easily here: http://www.justgiving.com/RallyForBally