Wimbledon 2014 tickets: Survey reveals fans are most likely to pull a sickie to get to SW19 on Wednesday 2 July 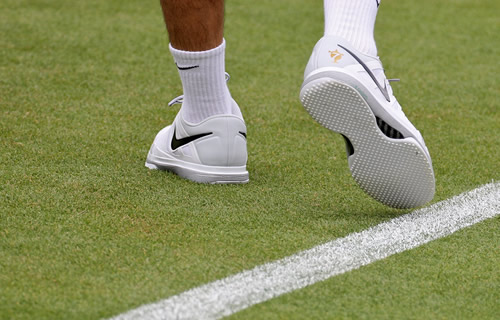 This Wednesday is when people are most likely to pull a ‘Wimbledon sickie’, with 42 per cent of Brits admitting they plan to skip work to watch the quarter-finals at SW19.

A survey commissioned by ticket marketplace viagogo revealed that tennis fans are most likely to try and get out of work to head to the All England Club on 2 July 2014.

The poll of 2,000 UK adults revealed that two in five people plan to pull a sickie from work on Wednesday to watch the action live at Wimbledon.

A viagogo spokesperson said: “Like the World Cup, Wimbledon has already seen some shock twists and turns, with the loss of the Williams sisters, Li Na and David Ferrer, so perhaps it’s not surprising that two out of five Brits have confessed they’re planning to pull a sickie from work to watch the action live in SW19.

“We started the tournament with ticket demand for women’s matches outstripping men’s. However, the boys are edging ahead as we go into week two, driven by growing excitement about Murray’s performance. The Men’s Final remains the hottest ticket of the tournament and we’d expect to see prices continue to rise if Murray makes it to the Semi-Finals.”

Viagogo has recorded unprecedented demand for the quarter finals, with ticket searches for Wednesday 2 July spiking by 315 per cent since Andy Murray beat Kevin Anderson on Monday.

Men’s quarter-finals tickets are currently listed from £700 to £3,409, with tickets for every day of the tournament starting from around £480.