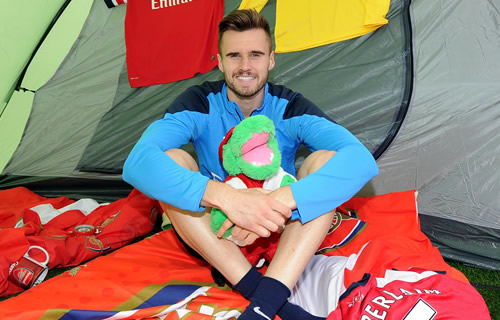 Carl Jenkinson has revealed that the Arsenal squad are “buzzing” after Alexis Sánchez’s £35m switch to the Gunners.

Arsene Wenger secured his first summer signing after Barcelona forward Sánchez penned a long-term deal at the north London side on Thursday.

He’s quick and direct, he can play up front and on the wing, and he is very dynamic. He will definitely fit the Arsenal style of play

Arsenal have made marquee signings in back-to-back summer transfer windows after spending a club-record £42.5m on Mesut Ozil last September.

Jenkinson described Sánchez as a “fantastic signing” and backed the current Arsenal crop to add to their FA Cup trophy next season.

“He is world class and they are the sort of players you want to see at the club. The squad are buzzing as much as the fans, because if you are going to push on as a club and really compete for things, you need to sign top players,” Jenkinson told Arsenal’s website.

“We have done that with him for sure – it is a fantastic addition.

“He’s quick and direct, he can play up front and on the wing, and he is very dynamic. He will definitely fit the Arsenal style of play.”

Jenkinson added: “Once you have got one [trophy], you want to experience it again, so fingers crossed we can compete on all fronts this season.

“We have the squad and we are signing players like Sanchez, so I don’t see why we can’t.”

‘Erik Lamela and Nacer Chadli could be key for Tottenham’