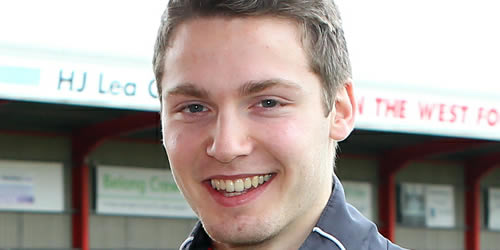 The 18-year-old joined United from Crewe Alexandra on 1 July after scoring 14 goals in 38 appearances for Dario Gradi’s side in League Two last season.

The Red Devils manager admitted the 19-time English champions had been aware of the highly-rated Crewe star for a number of years before Ferguson instructed his assistant Mike Phelan to scout the England Under-18 international more closely in February.

“We sent people to see him a few times after he started scoring a few goals,” Ferguson told United’s website. “He actually first came on our radar a few years ago when he played against our youth team.

“But we watched him seriously from February. Mike Phelan went to see him a few times and so did our chief scout, Jim Lawlor. My brother Martin also went to see him against Torquay before I went for myself, with Mike, when Crewe played Aldershot.”

He added: “We were thinking things over. We’d seen a few other Premier League clubs there at the game – Everton, somebody from Arsenal, somebody from Chelsea – they were very keen on Nick – so we thought it was best to set the wheels in motion.

“In these situations, I always think about the time we signed Lee Sharpe. We went to watch him and we were impressed. The dilemma was this: do we go home and think things over or do we make a decision and act swiftly?

“With Lee we moved quickly – I remember we drove a few Torquay directors down to the beach and wouldn’t let them out of the car until we’d agreed a deal – and it paid off.

“Anyway, when Mick and I went to watch Nick Powell we came away and I said: ‘He’s definitely a player. There’s no doubt about that.

“We thought that if we waited until the play-offs the secret would be out, so to speak. All the TV cameras would be focussed on him and it might alert a few other clubs.

“Mind you, there were already quite a few interested. As well as Arsenal and Chelsea, we knew Manchester City were keeping tabs on him as well.

“So I phoned [Crewe director of football] Dario Gradi, told him we were keen and we started negotiating. We sorted the deal with the chairman and agreed we’d leave it until after the play-off finals.

“It was all in place a good 10 days beforehand. Nick’s agent told Nick after the match and then he came up to my house the next day and we got the deal done.”