Arsenal are closing in on the signing of Albert Sambi Lokonga from Anderlecht, according to Italian journalist Fabrizio Romano.

The Gunners have been linked with a move to bring the 21-year-old defensive midfielder to The Emirates this summer as Mikel Arteta looks to bolster his options in the middle of the park.

Lokonga, who scored three goals and made two assists in 33 league games for the Belgian side last term, is now reported to be closing in on a move to the north London club.

According to Romano, the deal for the Gunners to bring the midfielder to The Emirates is on the verge of being completed and Lokonga is set to sign a long-term contract at the club until 2026.

“The agreement is set to be completed with Anderlecht – final details then paperworks time. Personal terms agreed since weeks til 2026. White circleRed circle #AFC 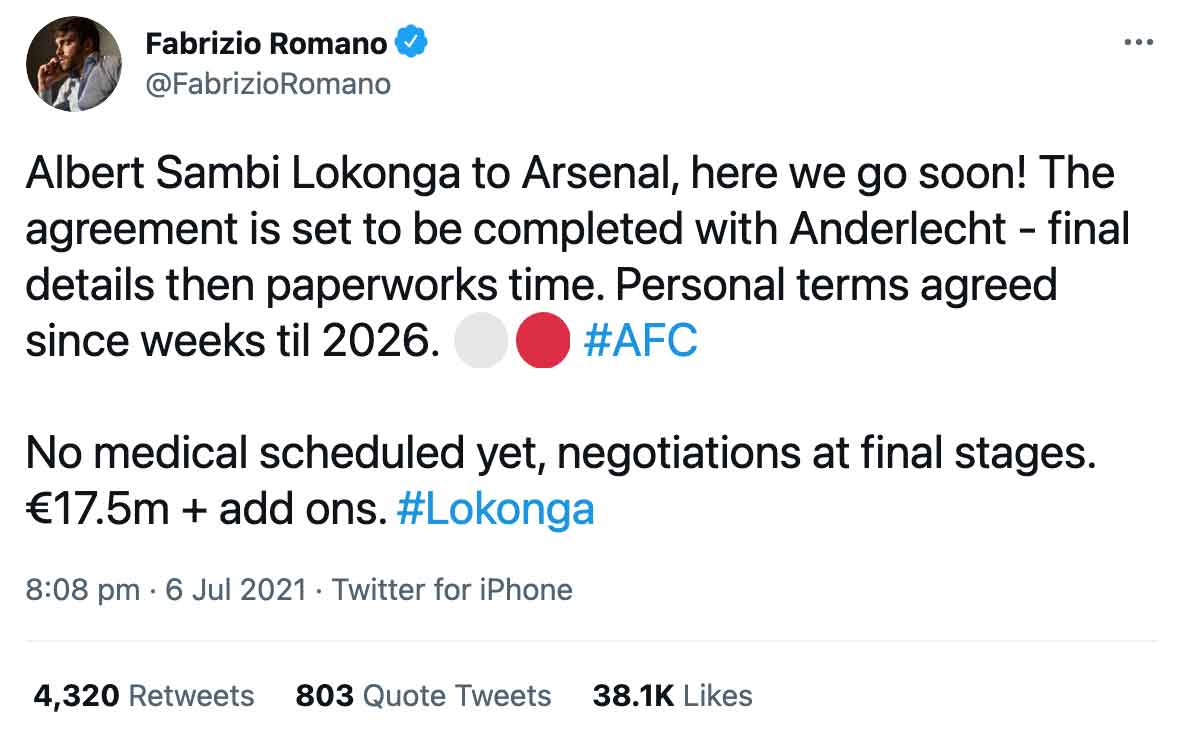 Lokonga made a total of 37 appearances in all competitions for Anderlecht last season.

Arsenal are looking to add to their squad this summer as they aim to build a team capable of breaking back into the top four next season.

The Gunners ended up in eighth place and without a trophy in Arteta’s first full season in charge at the club.