The 20-year-old, who came through the north London side’s Academy system, notched up a great assist for Bukayo Saka in Arsenal’s 3-0 victory over Newcastle United in the Premier League last week.

Smith Rowe has now scored two goals and made five assists in 10 games in all competitions for the Gunners so far this season.

Former Gunners star Wilshere, who has signed a short-term deal with Bournemouth, admitted that he is a big admirer of Smith Rowe during a Twitter Q&A.

Asked by one fan for his thoughts on Smith Rowe, Wilshere tweeted: “He is quicker than I was. He plays with his head up and you don’t see that much. Top player.” 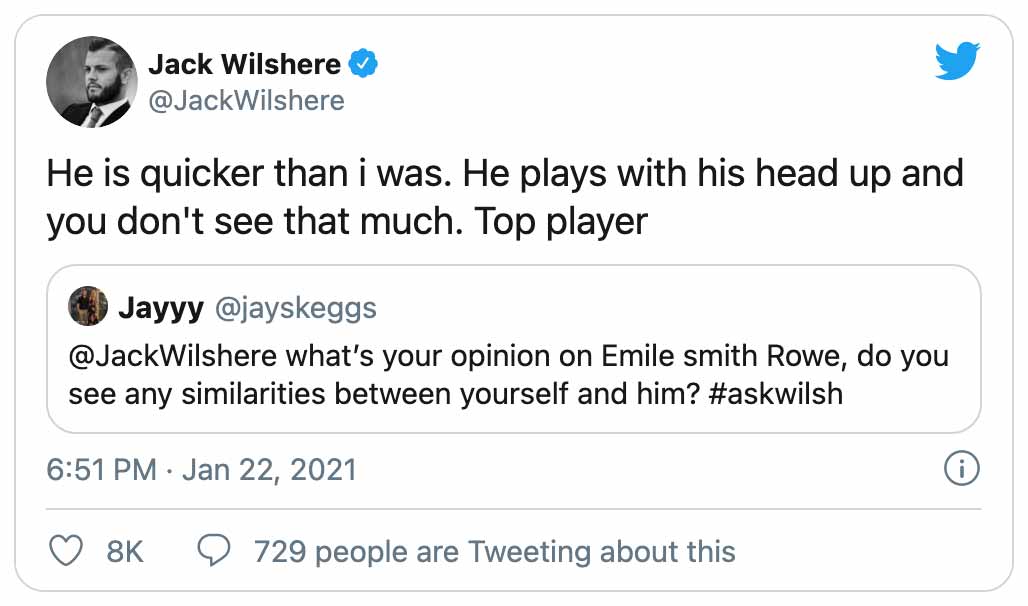 Smith Rowe will be hoping to feature for Arsenal when the Gunners return to Premier League action with a trip to the south coast to take on Southampton on Tuesday night.

The Gunners will then prepare for a crunch showdown with Manchester United at The Emirates on Saturday.