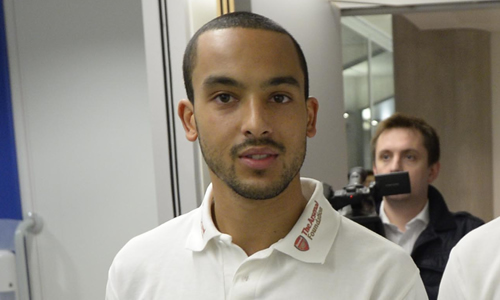 Alan Hansen believes Theo Waclott has given him the “two fingers” after the Liverpool legend claimed the Arsenal forward didn’t have a “football brain” in 2010.

The former Reds pundit called time on his 20-year spell as a Match of the Day pundit following Germany’s 1-0 victory over Argentina in the World Cup final on Sunday.

The Scot supported Chris Waddle’s analysis of the Arsenal forward during the 2009/10 Premier League campaign, claiming Walcott was from the finished product.

However, Hansen concedes that the 24-year-old former Southampton youth graduate has improved markedly in the intervening years and developed into a “proper player”.

“Four years ago, I said that Theo Walcott did not have a ‘football brain’, without realising that my comments would be misinterpreted to such an extent,” Hansen wrote in his Daily Telegraph column.

“The meaning of my observation was not as brutal as it may have come across, but nonetheless, I was critical of Walcott’s ability and I am pleased to say that Theo has proved me wrong one million per cent.

“He is a proper player and I have to admit that my comments about him were the only time that I have ever been happy to be wrong.

“Theo is an intelligent boy, very bright, with genuine ability and he has given the best possible response to my remarks by pretty much showing two fingers to what I said.”