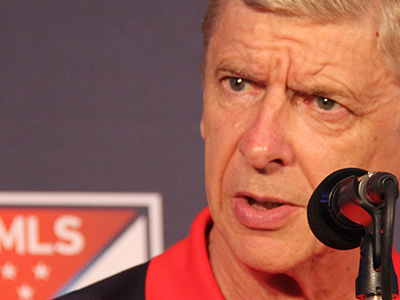 Roy Keane has put down Arsenal in ruthless fashion as the Manchester United legend gave a blunt assessment of the Gunners’ current status.

The north London side are looking to return to the Champions League next term by virtue of a fourth-place finish in the Premier League this season.

Arsenal slipped down to fifth spot in the table in the 2016-17 campaign after Liverpool managed to finish above Arsene Wenger’s men.

The Gunners signed Alexandre Lacazette in a club-record £52m deal from Ligue 1 side Lyon in the summer as well as Bosnian defender Sead Kolasinac in a free transfer from Bundesliga outfit Schalke 04.

The north London side are winless in four games on the road in the Premier League this term following defeats at Stoke City, Liverpool and Watford as well as a goalless draw with Chelsea.

Asked to assess Arsenal’s standing in Europe after a good week for the Premier League clubs in the Champions League, former Manchester United captain Keane said:

“I think most teams in the Premier League are ahead of Arsenal,” Keane told ITV Sport.

Arsenal were 3-1 winners against German club Cologne in their first-ever Europa League game before the Gunners eased to a 4-2 victory over BATE Borisov in Belarus.

The Gunners haven’t won the Premier League title since 2003-04 when Arsenal went unbeaten throughout the season.

Mark Lawrenson predicts where Liverpool FC will finish this season