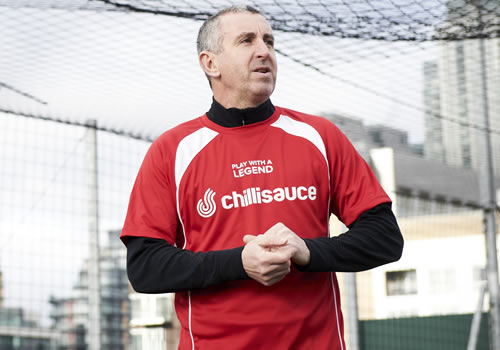 Nigel Winterburn believes Petr Cech would be an excellent signing for Arsenal and has backed the Chelsea goalkeeper to play until he is 39 or 40.

The 33-year-old shot-stopper has been widely tipped to complete an £11m move to the north London side from the Premier League champions in the summer transfer window.

He will be an excellent signing. He is a goalkeeper that isn’t really that old – he can play until he is 39 or 40

Arsenal manager Arsene Wenger has alternated between long-term number one Wojciech Szczesny and Galatasaray target David Opsina, who usurped the Pole in the second half of the season.

And former Gunners defender Winterburn is confident that Cech would be a top signing for the FA Cup winners and help to improve the club’s current goalkeeper Opsina and Szczesny.

“It will be a good signing [with] the experience that he has got. We saw that last year even though he only played a few games,” Play With A Legend ambassador Winterburn told The Sport Review.

“He will push on the other goalkeepers there and they will realise the level that they have to achieve to become a top goalkeeper. He will be an excellent signing. He is a goalkeeper that isn’t really that old – he can play until he is 39 or 40.

“He can play for another good few years yet.”

Winterburn, who scored five goals in 352 top-flight games, was part of Wenger’s inaugural Premier League title-winning side in 1998.

The former Arsenal left-back played in front of legendary goalkeeper David Seaman – and Winterburn discussed the value of having an experienced shot stopper in the Gunner side.

Winterburn added: “It just gives you a calmness. You know that when you have such a good goalkeeper behind you that he can make big saves in important moments. Petr Cech will do that.”