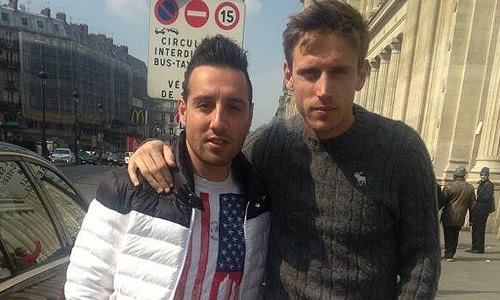 Nacho Monreal admits that he has found it difficult to adapt to the rigours of the Premier League but insists he is happy with his start to life at Arsenal.

The 27-year-old left-back, who was signed by Arsene Wenger from Malaga on transfer deadline day back in January, has already notched up six appearances for the north Londoners.

The Spaniard bagged his first goal for the Gunners when he netted the opener in the 2-0 win at Swansea City last month.

But Monreal says that it has not been easy to adapt to the style of football played in the English top flight.

“It has been tough adapting to the type of football played here in England as the players are a lot more physical,” Monreal told Arsenal Player.

“There’s also a different style of play, as I’ve said before there’s an emphasis on reaching your opponent’s goal as quickly as possible.

“I’ve been here two months now and little by little I am adapting to this style of play. I am happy to be here.”

He added: “Since I’ve been here the manager has given me a lot of confidence and he’s been starting me.

“This has been very important for me because it helps a lot to feel that the manager has faith in me, especially as I’ve just arrived. This in turn this leads to good performances.”

I love it here! Harry Redknapp wants to stay at QPR beyond the summer