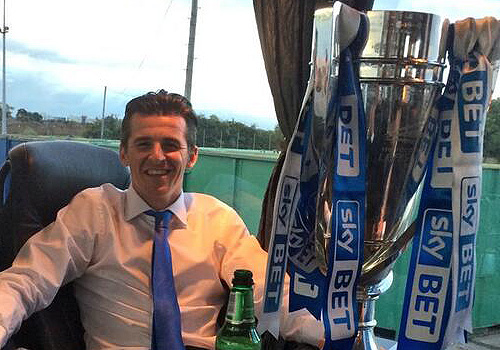 Joey Barton has warned Arsenal that they will need more than Alexis Sánchez to challenge for the Premier League title next season.

The Chile international penned a long-term deal with the north London side on Thursday after the Gunners struck a reported £35m deal with Barcelona.

As anyone who has watched Barca will tell you. His good games are as common as his bad

Sánchez helped Barcelona win La Liga in 2013 and scored an impressive 38 goals in 87 top-flight appearances during his three seasons at Camp Nou.

However, Queens Park Rangers midfielder Barton feels Arsene Wenger needs to add “steel” to his Arsenal side if the Gunners are going to be serious contenders.

“Am I the only one not overly wetting my pants over Arsenal signing Sánchez? From what I’ve seen of him he is incredibly inconsistent,” Barton posted on Twitter.

“Yes, on his day he can light up a game. But as anyone who has watched Barca will tell you. His good games are as common as his bad.

“Whilst I think it will improve Arsenal. They still need more if they are to challenge for the title. Still think they need a bit of steel.

Alexis Sánchez: I can fire Arsenal to the title with Mesut Ozil