Piers Morgan took to social media to send a message of encouragement to Pierre-Emerick Aubameyang after he missed out on a goal in Arsenal’s 4-0 win over West Brom on Saturday night.

Aubameyang started the game and had plenty of chances to find the net as he played the full 90 minutes but was unable to get on the score-sheet at The Hawthorns.

Nevertheless, the Gunners ran riot against the Baggies as they made it three wins in a row in the top flight thanks to goals from Kieran Tierney, Bukayo Saka and a brace from Alexandre Lacazette.

Aubameyang has only managed to net three goals in the Premier League for Arsenal so far this season in what has been a difficult campaign for the Gunners so far.

However, celebrity Arsenal fan Morgan is certain that the Gabon international will come good for the Gunners once again in the coming weeks and months.

Posting on Twitter during Saturday night’s game, Morgan wrote: “Aubameyang could have had a hat-trick tonight.. it’s his 100th Premier League game & he’s scored 57 goals with 13 assists. If we’re destroying teams when he’s low on luck & confidence, it augurs well for when he’s back on [fire] – which he will be. @Aubameyang7 #WBAARS.” 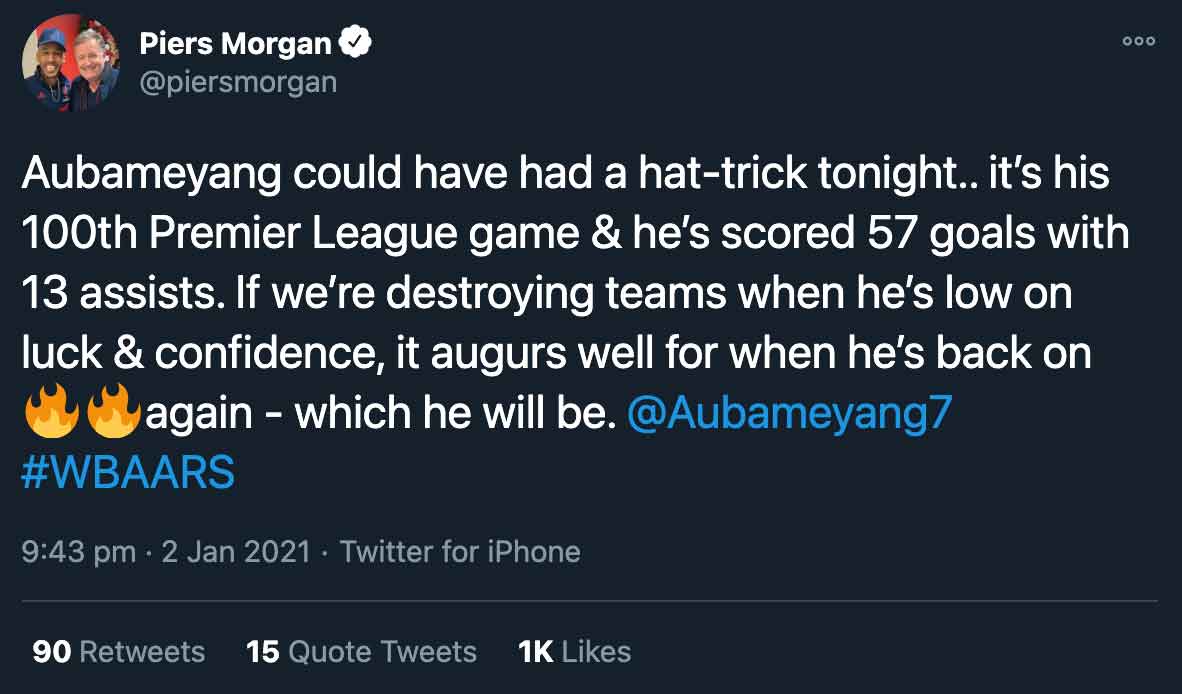 Arsenal, who moved up into 11th place in the table thanks to Saturday’s win, will return to Premier League action with a home clash against Crystal Palace on 14 January.