Ian Wright: Why I love Arsenal midfielder getting praise, he never hides 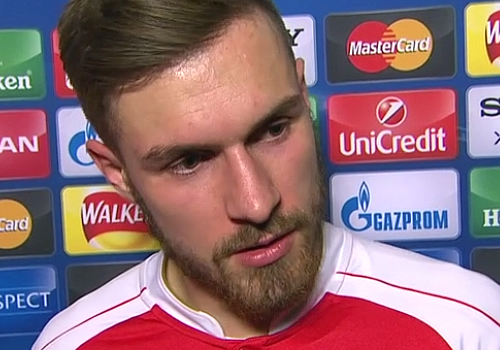 Ian Wright has paid credit to Aaron Ramsey for never hiding even in some of Arsenal’s worst performances.

The Wales international is a figure who divides opinion amongst most Gunners supporters despite his undoubted ability.

However, the 26-year-old defied his critics with a strong performance in the north London side’s goalless draw with defending champions Chelsea on Sunday.

Ramsey was named man of the match for his contribution to Arsenal’s stalemate at Stamford Bridge as he formed a promising partnership with Granit Xhaka.

The Welsh midfielder has won three FA Cup crowns since his move to Arsenal from Cardiff City in 2008, preferring a move to north London over a switch to Manchester United.

Former Arsenal striker Wright explained why he was so impressed with Ramsey’s performance at Chelsea.

“I thought Ramsey was awesome,” Wright told BBC Radio 5 Live. “I really do like when Ramsey gets some credit. He is a player who never hides no matter how poorly Arsenal are playing.”

Ramsey has scored 48 goals in 302 appearances during a nine-year stay at the Emirates Stadium.

The Welsh midfielder produced his best performances in the 2013-14 season after 10 goals in 23 appearances in the Premier League before injury cut his campaign short.

Arsenal have won two of their opening five games in the Premier League this season.