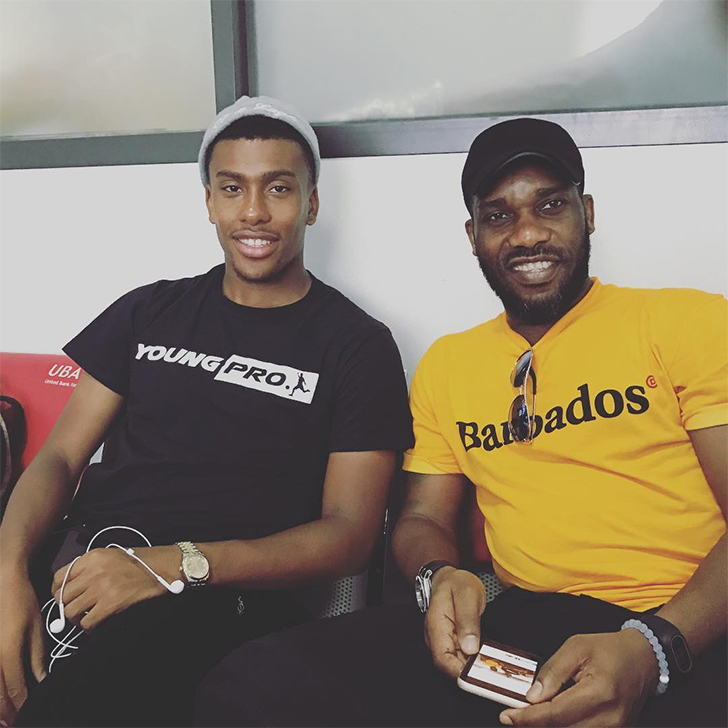 The Gunners signed Lacazette in a club-record £52m deal from Ligue 1 side Lyon in the summer transfer window to bolster Arsene Wenger’s attacking line-up.

Arsenal managed to keep Chile international Alexis Sanchez beyond the summer transfer window despite the 28-year-old being heavily linked with a move to Manchester City.

Lacazette has already scored four goals in seven games in the Premier League, Sanchez has made one assist in six outings but Iwobi impressed in Arsenal’s most-recent top-flight outing.

Iwobi scored in a 2-0 win against Brighton and Hove Albion in the Premier League at the Emirates Stadium last weekend to polish off a solid Arsenal performance.

The Nigeria international has scored one goal in three appearances in the Premier League so far this season and has been given some more first-team opportunities in the absence of injured Mesut Ozil.

Arsenal midfielder Iwobi lifted the lid on what it is like to play alongside world-class players such as Lacazette and Sanchez.

“For those two to play with each other is just an extra, it’s special for us.”

Arsenal finished in fifth place in the Premier League last season to miss out on a place in the Champions League.