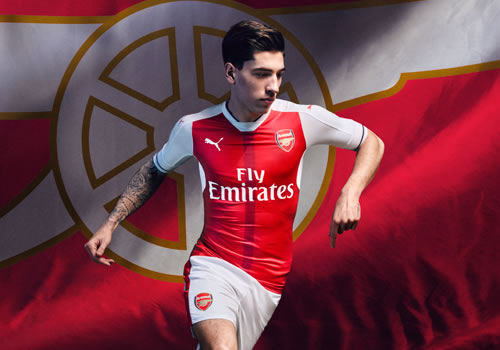 Hector Bellerin has talked up the importance of the Europa League as a route back into the Champions League.

The Gunners failed to qualify for the Champions League for the first time under Arsene Wenger following a fifth-place finish last season.

Arsenal lost 10-2 on aggregate to Bundesliga giants Bayern Munich in the Champions League round of 16 last term.

Arsenal suffered a humiliating 4-0 loss to Liverpool at Anfield before the international break but responded with 3-0 victory over Bournemouth last weekend.

The Gunners will start their Europa League campaign with a home clash against German club Koln in their opening group-stage campaign.

Bellerin reassured Arsenal supporters that the Gunners will be taking the Europa League seriously this season.

“[The] Europa League is a very important competition for us,” Bellerin told International Business Times.

“We know that if we have the possibility of winning it, we will return to the Champions League next year, which is one of our targets.

“It’s a competition that we know we can win and we’re going to go fight as much as in the other competitions to do it. Whoever plays, we are going to give our best.”

Arsenal signed Lyon striker Alexandre Lacazette in a club-record £52m deal from Ligue 1 side Lyon in the summer transfer window.

The north London side are in mid-table following a return of six points from a possible 12 in their opening four Premier League games.