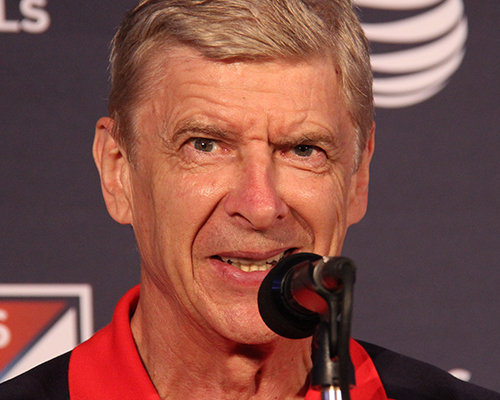 The north London side edged into a first-half lead at Vicarage Road following Per Mertesacker’s sixth Premier League goal.

Deeney was ruthless in his assessment of Arsenal’s frailties in his post-match interview to compound the Gunners’s misery.

Wenger’s side haven’t won the Premier League title since 2003-04 and haven’t come close to challenging for the top-flight crown in the past seven seasons.

Former Arsenal defender Keown, who was part of Wenger’s most-recent title-winning team, urged the Gunners to respond to Deeney’s scathing criticism of the north London side.

“Arsenal have been called out by Troy Deeney. Now they have to respond,” Keown told the Daily Mail.

“Arsene Wenger said he was hurt by Deeney’s comments and they will become the elephant in the room if they are not addressed.

“Arsenal must be careful not to go overboard but if I was still playing, I would be really fired up for the next time I faced Deeney.

“Of course, there will be players like Deeney that Arsenal will face every week and they need to make sure they deal with those players.”

Arsenal finished in fifth place in the Premier League table last term to miss out on a place in the Champions League.

The Gunners won the FA Cup crown for the third time in four seasons after a 2-1 win against defending Premier League champions Chelsea last term.

Steven Gerrard: I can’t believe what Man United, Chelsea did in the summer

Eden Hazard: I have nothing to say about Antonio Conte’s Chelsea decision