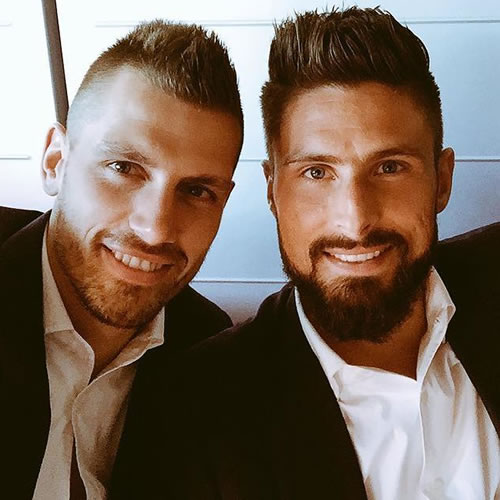 Olivier Giroud has revealed that he came close to moving to Everton from Arsenal in the summer transfer window.

The France international has endured a mixed couple of seasons at the north London club after falling behind Alexis Sanchez, Alexandre Lacazette and Danny Welbeck in the pecking order at The Emirates.

Giroud has developed into an excellent impact substitute but with a place up for grabs in the France squad for next summer’s World Cup regular first-team football is imperative for the 30-year-old.

Everton were heavily linked with a move to sign the experienced forward as Ronald Koeman looked to sign a replacement for Romelu Lukaku following the Belgian’s £75m move to Manchester United.

However, Giroud opted to stay at Arsenal despite the arrival of his France rival Lacazette in a club-record £52m deal from Ligue 1 side Lyon back in July.

Asked about speculation linking him with a switch to Goodison Park, Giroud offered an explanation for his decision to remain an Arsenal player for another season.

“I had the opportunity to leave [Arsenal],” Giroud told French TV station Canal Plus.

“I was very close to another English club, Everton. But I think I made the best choice.”

Giroud has scored one goal in a 4-3 victory over Leicester City on the opening day of the season but has been limited to seven consecutive substitute appearances in the Premier League this term.