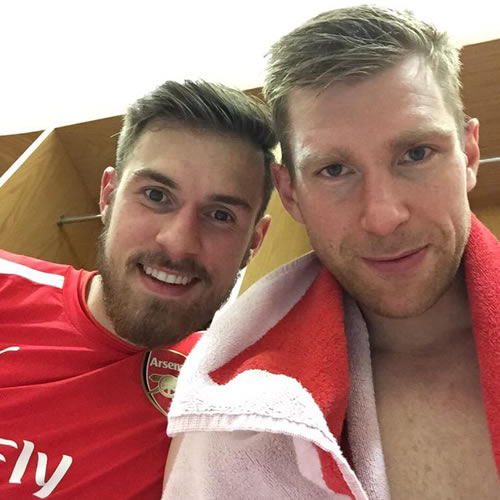 Per Mertesacker is a very clever Arsenal defender, Garth Crooks has claimed.

The former Germany international made a rare start at Vicarage Road on Saturday evening as Arsenal made the short trip to Watford.

Mertesacker broke the deadlock in his first Premier League start of the 2017-18 season with a superb header in the first half.

Mertesacker’s return to the Arsenal team was ultimately a disappointment but Spurs legend Crooks still named the World Cup winner in his team of the week.

Writing in his BBC Sport column about Mertesacker’s performance at Watford, Crooks said:

“I was also shocked to see Mertesacker starting the game, and with the captain’s armband.

“It was like rolling back the years to the days when he used to appear regularly in my team of the week! This defender is clearly very clever. He never overextends himself and appears a model professional.

“His headed goal against Watford was like taking candy from a baby – what a mismatch asking Tom Cleverley to mark Mertesacker on a set-piece. That’s like asking Ryan Giggs to fight Mike Tyson!”

Arsenal are nine points behind Premier League leaders Manchester City following their third defeat of the season on the road.

The Gunners are looking to secure a return to the Champions League following a fifth-place finish last term.

Arsenal haven’t won the Premier League title since 2003-04 when the Gunners managed to go a complete season unbeaten.

The north London side signed Alexandre Lacazette and Sead Kolasinac in the summer.