Per Mertesacker: My target is to motivate Arsenal players more 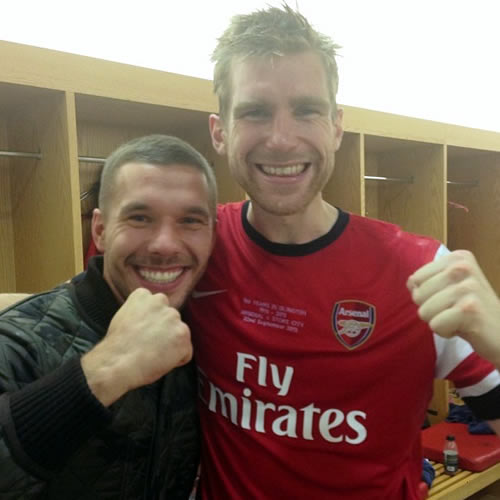 Per Mertesacker has appeared to admit that he has to do a better job motivating the Arsenal players next time he starts for the Gunners.

The former Germany international was handed a rare starting spot for the north London side’s short trip to Watford on Saturday evening.

Arsene Wenger drafted in the World Cup winner in the absence of his compatriot Shkodran Mustafi following the defender’s injury on international duty.

The Arsenal captain broke the deadlock in the first half to mark his return to the Gunners team with his sixth Premier League goal.

Arsenal have been regularly accused of lacking leaders in the team as their long wait to win the Premier League title for the fourth time rumbles on.

And World Cup winner Mertesacker admitted that he has to do a better job leading the Arsenal players next time he is named in Wenger’s starting XI.

“I mean obviously it’s important, but if you want to make the difference on the pitch, you know in the second half even myself it was difficult to push,” Mertesacker told Arsenal’s website.

“I have to do better next time, that is my target, to push these guys more that we get more out of that when we get the ball.”

Mertesacker has won the FA Cup three times since his move to the north London club from German outfit Werder Bremen in 2011.

Garth Crooks: What I like about Liverpool FC starlet is he can defend