Mohamed Elneny predicts where Arsenal will finish this season 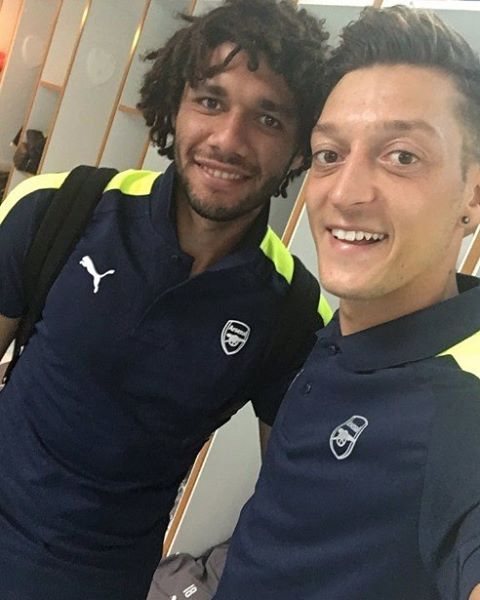 Mohamed Elneny has claimed that Arsenal still have a chance of winning the Premier League title this season.

The Gunners currently find themselves in sixth place in the Premier League table as they bid to try and finish as highly as possible.

Arsenal missed out on a top-four finish last term as they had to settle for a place in the Europa League this season.

The north London side are currently 24 points behind leaders Manchester City in the race for the title and it seems almost impossible that the Gunners would be able to catch the Citizens before the season is out.

However, Egypt international Elneny is clearly feeling in a positive mood ahead of Arsenal’s trip to Tottenham Hotspur in the Premier League on Saturday lunchtime.

Elneny said in an interview with beIN Sports: “There’s nothing impossible in the English Premier League.

“We still have our chance to compete for the title, we have to fight till the end, many surprises can occur at any point.

“If we fail to compete for the title this season, we have to prepare for the next season, but currently we are only thinking about finishing as high as possible in the league.”

Arsenal head into their clash with Tottenham Hotspur at Wembley on Saturday afternoon looking to make it back to back wins in the Premier League after their 5-1 victory over Everton last weekend.

The Gunners know that a win against their bitter local rivals would move them to within one point of Spurs as the race for Champions League qualification this season hots up.