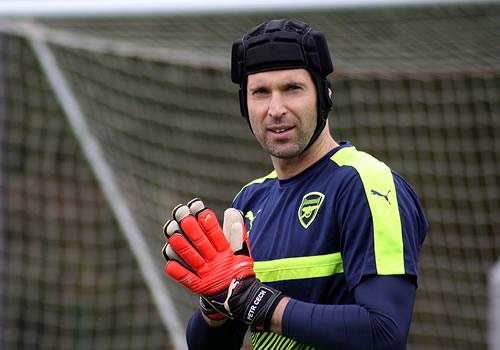 Petr Cech is backing Henrikh Mkhitaryan to be a big hit at Arsenal following his transfer to the north London club from Manchester United this month.

The Armenia international has been getting used to life at his new club after signing for the Gunners last week as part of the deal which saw Alexis Sanchez head to Manchester United.

Mkhitaryan will be hoping to hold down a regular spot in the first team at The Emirates in the second half of the season after he fell out of favour under Jose Mourinho at Old Trafford this term.

The 29-year-old playmaker will be aiming to hit the ground running as he bids to help Arsenal try and finish in the top four and also mount a serious challenge for the Europa League title.

And Arsenal goalkeeper Cech is convinced that Mkhitaryan’s style of play is perfectly suited to the Gunners.

Speaking in an interview with the Evening Standard, Cech said: “I genuinely believe the way we play will suit him.

“If you can see his performances for [Shakhtar] Donetsk or for Armenia or even especially at [Borussia] Dortmund you know he is an exciting player with huge qualities on the ball and with his speed.

“I believe the way we will play will go well with him and we will see his real quality coming out.

“He is a very intelligent player. He is very skilful and very quick as well.

“I have played many times against him for the Czech Republic as well and you could see how good he is.”

Arsenal are now preparing for their home Premier League clash against Everton at The Emirates on Saturday as they look to reignite their bid to finish in the top four this season.

The Gunners will take on Manchester City in the League Cup final at Wembley next month.